ERS provides up-to-date information on rural economic and demographic trends in an annual series, Rural America at a Glance.  The latest report notes that population stabilized in rural areas in 2015, after declining every year from 2010 to 2014.  Unemployment continued to decline in rural areas last year, falling close to levels last seen before the Great Recession. This is due, in part, to fewer people seeking work as the share of the rural population working remains well below pre-recession levels, while urban employment was 4 percentage points above its 2007 level. The report also notes that rural median household earnings grew by more than 2 percent in 2015, and were above their level in 2007 before the recession.  The rural poverty rate had its greatest decline in 2015 since the Great Recession, although the rural poverty rate remains above the pre-recession level. The findings were communicated via a webinar and in briefings to senior USDA policy makers. 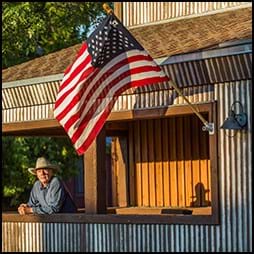 Veterans can benefit their local rural communities by contributing leadership, technical, and entrepreneurial skills.  ERS researchers investigated the geographic and economic status of both working-age (18-64 years old) and elder rural veterans relative to the nonveteran population.  Among the study’s findings are that veterans are overrepresented in rural America—18 percent of all veterans live in rural areas compared with 15 percent of the total U.S. population. Veterans have more education on average than nonveterans and have lower poverty rates and higher earnings, which has a positive effect on the demand for local goods and services.  Differences are evident within the veteran population as well, with elder veterans more likely to be concentrated in completely rural counties and engaged in agriculture, while working-age veterans are more urbanized and more likely to be employed in manufacturing.  The analysis was accompanied by briefings to policy makers in USDA and the Department of Veterans Affairs and is part of a longer-term ERS focus on understanding the social and economic characteristics of rural veterans and their role in contributing to rural well-being.

The manufacturing sector remains an important source of employment and earnings for the rural economy.

A suite of research reports and staff analysis examined trends in the size, distribution, and importance of manufacturing in the rural economy.   In 2015, manufacturing jobs represented 14 percent of rural private nonfarm jobs and 21 percent of rural private nonfarm earnings.  Although the rural economy lost more than one in five manufacturing jobs from 2001 to 2015, manufacturing employment and income remain an anchor of the economy in several hundred nonmetropolitan counties. Researchers investigated the factors that support or hinder rural manufacturers’ survival.  Despite States’ focus on recruiting and retaining branch plants, smaller, independent manufacturing plants were more likely to survive during this period. Researchers also found that access to financial capital was strongly associated with rural manufacturers’ survival. The reports have been featured in a webinar, a USDA blog post, and briefings provided to the Foreign Agricultural Service and Rural Development. 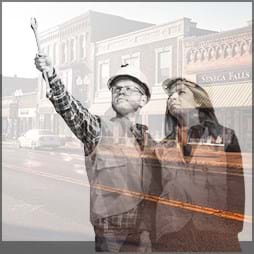 Business innovation is common in rural as well as in urban economies.

Innovation—introducing new goods, services, or ways of doing business that are valued by consumers— is widely regarded as essential to dynamic and resilient local economies with long-term growth potential.  An ERS report introduced a new, comprehensive measure of innovation that considers both grassroots and R&D-based innovation to identify innovation-intensive rural industries and investigate whether innovativeness accelerated post-recession recovery.  The study uses the 2014 ERS Rural Establishment Innovation Survey, the first nationally representative sample of self-reported innovation in rural areas of the United States. The survey data have been publicly available to researchers at universities nationwide.