Each year, ERS coordinates the USDA's Baseline Projections for U.S. and world agriculture for the coming decade. The 2017 long-term projections indicate that over the next several years the agricultural sector will continue to adjust to lower prices for most commodities. Steady global economic growth and persistent global demand for biofuel feedstocks will contribute to long-run increases in consumption, trade, and agricultural products prices. The projections are presented annually at the USDA Agricultural Outlook Forum and help shape planning for the Federal Budget. The projections also support the USDA Farm Service Agency’s estimation of budget costs for farm program commodities.  In addition to its importance for USDA’s policymakers, the annual Baseline Projections report and related data products are essential references for public and private decision makers, with over 30,000 users accessing the final report in 2017.

The United States recently became the world’s third-largest dairy product exporter, behind New Zealand and the European Union (EU).  An ERS report discusses how U.S. polices and those of partner countries became more market oriented, allowing trade to respond to market forces. As the United States became more prominent in global dairy markets, it faced greater variability in demand and prices. In 2015, for instance, the value of U.S. dairy exports fell by almost 30 percent due to lower growth in global demand, the strength of the U.S. dollar, and the discontinuation of supply quotas in the EU. 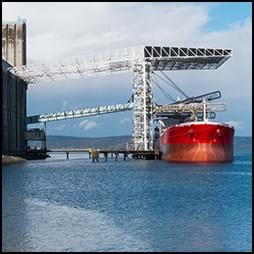 Employment in all sectors of the U.S. economy can benefit from increased global demand for U.S. agricultural exports.

ERS compared production costs and productivity measures for Chinese and U.S. hog farms to assess factors that affect the cost-competitiveness of pork in the two countries. Feed is the largest component of China’s hog production costs, but marginal improvements in efficiency have not offset rising feed prices in China. U.S. producers have better feed efficiency and lower costs. ERS researchers also participated in a USDA assessment of China’s pork market and advised the Foreign Agricultural Service on China pork production.

India emerges as a small net exporter of dairy products.

ERS provides a profile of India’s dairy sector using available secondary data and research to examine trends in supply, demand, and trade, and the factors affecting these trends. Growth prospects for India’s dairy production and trade, accounting for the structural, technical, and policy factors likely to shape that growth were examined. In addition, the research also highlights the future implications for U.S. and global dairy trade. Findings show that water buffalo and crossbred cattle account for all of the growth in the dairy herd and milk production in India, but average milk yields remain well below both international standards. Future production prospects will depend heavily on productivity gains, primarily through improved breeding and feeding practices and improved genetics. 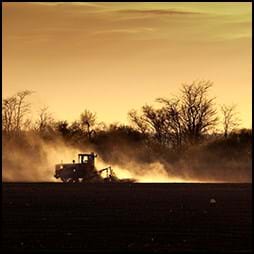 Russia’s transition from a planned to a market economy during the 1990s resulted in a severe decline in agricultural gross output and the inputs used in production. By the late 1990s, the agricultural output decline had bottomed out and growth resumed. For some products, such as grain, the production rebound created surpluses for export. ERS highlights how total factor productivity growth and increases in planting area, particularly in Russia and Ukraine, contributed to the growth in agricultural output. Findings indicate that grain area in Russia and Ukraine is likely to grow by 5 to 10 percent over the next decade, while oilseed area in both countries could expand by an ever greater percent. This increase in production contributed to Russia reducing its large imports of meat and other livestock products and becoming a major grain exporter. Information from these reports was presented to USDA's World Agricultural Outlook Board and Office of the Chief Economist.

ERS publishes the International Food Security Assessment to inform U.S. policymakers as well as international donor organizations of the food security situation in 76 low- and middle-income countries.  The report provides projections of food demand and access based on ERS’s food security model, which allows for analysis of income and price changes on food security.  Given projections for ongoing low food prices and rising incomes, the 2017 report projects food security for most countries in the study to improve through 2027. Food-insecure people are defined as those consuming less than the nutritional target of roughly 2,100 calories per day per person. The share of population that is food insecure is projected to fall from 18 percent in 2017 to 9 percent in 2027.  In total, the number of food-insecure people is projected to fall markedly, by 42 percent, slightly faster than the decline in the distribution gap, the amount of food needed to raise consumption to the nutritional target for all consumers. Despite improvements over the years, Sub-Saharan Africa is projected to remain the most food-insecure region in the world. 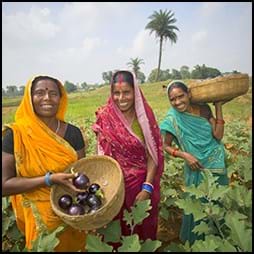 For almost six decades, the United States has led global efforts to alleviate food insecurity, providing about half of global food aid and bilateral and multilateral support for agricultural development and trade in developing countries. In order to feed a world that will have over 9 billion people by 2050, it is necessary to investigate the drivers of global food security and options for improvement. ERS analyzed factors contributing to improvements in food security and highlighted emerging issues and challenges. There have been some improvements in food security measurement, agricultural productivity, food trade, food security safety net programs, and nutrition; however, some challenges persist.