An estimated 87.7 percent of American households were food secure throughout the entire year in 2016, meaning that they had access at all times to enough food for an active, healthy life for all household members.

The remaining households (12.3 percent) were food insecure at least some time during the year, including 4.9 percent with very low food security because the household lacked money and other resources for food, resulting in reduced food intake and disruptions in eating patterns for one or more household members. Additional research, focused specifically on children, shows that an estimated 92.0 percent of households with children were food secure throughout the year in 2016, which denotes that all household members had consistent access to adequate food for active, healthy lives. The ERS food security statistics are widely recognized as the benchmark for measuring food security in the United States, and support decision making on USDA food and nutrition assistance programs. 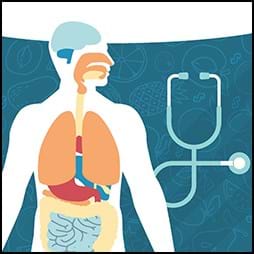 Lower food security is strongly associated with a higher probability of chronic disease among working-age adults living at or below 200 percent of the Federal poverty line (FPL).

Not only is lower food security strongly related to the likelihood of chronic disease in general, it is also associated with the all of the specific chronic diseases examined: hypertension, coronary heart disease (CHD), hepatitis, stroke, cancer, asthma, diabetes, arthritis, chronic obstructive pulmonary disease (COPD), and kidney disease. Moreover, differences between adults in households with low and very low food security are very often significant, which suggests that looking at the entire range of food security is important for understanding chronic illness and potential economic hardship. Indeed, food security status is more strongly predictive of chronic illness in some cases even than income in this low-income population.

Average food spending in SNAP households is lower than in other U.S. households when adjusted for household size and composition, even lower that those that are eligible for SNAP but choose not to participate. 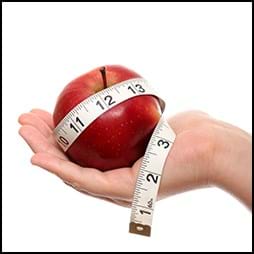 The intersection between food and energy markets suggests that public and private decisions affecting one market will have spillover effects in the other. For example, would increasing the share of population having diets that align with Federal dietary guidance reduce fossil fuel use in the U.S. food system? To address such issues, an ERS report describes a model of the food system, energy use, and how health and other policy changes would affect energy and food consumption. The research finds, for example, that U.S. agri-food industries are more sensitive to energy price changes than nonfood industries. Analysis of alternative diets shows that there are many ways to meet the Dietary Guidelines for Americans. If Americans made a minimal dietary shift to eat healthy, the food-system energy use would decrease by 3 percent. The authors presented a briefing to USDA’s National Institute for Food and Agriculture (NIFA) leadership on the report’s findings.

Access-burdened households, those that do not use their own vehicle to travel to a store and live more than 0.5 mile from the nearest SNAP-authorized supermarket or superstore, have different shopping patterns but similar outcomes compared to sufficient-access households.

Using FoodAPS’s more precise measures of neighborhood store options, the authors find evidence that access-burdened households are less likely to visit a large store (supermarket, supercenter, or warehouse store) than households with a vehicle or close access (77 percent compared with 87 percent). While those with burdened access who do visit these venues do so less frequently, both groups average more than two shopping events at these stores (2.4 events for access-burdened households compared with 2.8 for those with sufficient access). The differences in shopping frequency do not translate to less spending at these large stores as both access-burdened and sufficient-access households spend about 58 percent of their food budget here. Access-burdened households spend a greater share of their budget at food-at-home sources (73 percent) and a smaller percentage of their food at restaurants of all types (27 percent) than households with better access (63 and 37 percent, respectively).

An ERS report provided information on the relative costs incurred by firms participating in the established voluntary California Leafy Greens Marketing Agreement. Based on survey results on current produce food safety practices, researchers assessed how food safety practices were implemented based on several Food Safety Modernization Act (FSMA) rules specifically focused on fresh produce. Results compare food safety practices and costs of adoption for different size farms or post-harvest operations, across different regions of the country, and to the extent possible for different produce commodities, providing a baseline of current practices and compliance costs for eventual assessment of effectiveness of FSMA adoption.  Preliminary results from grower and post-harvest surveys and the ERS report were presented at a major scientific conference and to senior officials in USDA.

Chicken slaughter establishments identified as having poor or mediocre performance on Salmonella tests in 1 year were almost certain to improve their performance the following year.

The Food Safety and Inspection Service (FSIS) issued performance standards that eventually included public disclosure of firm compliance to those standards through the 2000s. ERS analysis of these policy changes found that the odds of an establishment with mediocre performance showing improvement in response to disclosure were about 7 to 1. For those with poor performance, the odds were much higher at 49 to 1. The adoption of an easily interpreted numerical rating of performance on Salmonella tests was found to be a reason for the policy’s effectiveness. The decline of young chicken samples testing positive for Salmonella of about 60 percent over 2006-10 enabled FSIS to reduce the standard for the number of samples testing positive for Salmonella by about half. These research findings were presented to USDA senior officials in the Office of the Chief Economist and FSIS. In January 2018, FSIS resumed posting of individual salmonella category status for poultry carcass establishments after temporarily suspending posting. Statistical analysis of FSIS and other data provided in the ERS report support that public posting encourages establishments to make changes to address Salmonella.