Each year ERS coordinates the Department's Baseline projections for U.S. and world agriculture for the coming decade. The 2016 projections indicated that over the next decade, the agricultural sector will continue to adjust to lower prices for most farm commodities. Although reduced energy prices have decreased energy-related agricultural production costs, lower crop prices in the near term result in declines in planted acreage. Lower feed costs provide economic incentives for expansion in the livestock sector. Long-run developments for global agriculture reflect steady world economic growth and continued global demand for biofuel feedstocks, factors which combine to support longer run increases in consumption, trade, and prices of agricultural products. The 2016 long-term projections were presented in a session at the February 2016 USDA Agricultural Outlook Forum. The projections also helped shape the FY 2016 Federal Budget, and supported the Farm Service Agency’s estimation of budget costs for farm program commodities. In addition to its importance for USDA’s policymakers, the annual Agricultural Baseline Projections report and related data products are essential references for public and private decision makers, receiving over 100,000 website page views in FY 2016.

ERS publishes the International Food Security Assessment to inform U.S. policymakers as well as international donor organizations of the food security situation in 76 low- and middle-income countries. The report provides projections of food demand and access—including food gaps and the number of food-insecure people. The 2016 report introduced ERS’s new, demand-oriented model, which allows for analysis of income and price changes on food security. Given projections for lower food prices and rising incomes, food security for the study countries is expected to improve through 2026. Food-insecure people are defined as those consuming less than the nutritional target of roughly 2,100 calories per day per person. The share of population that is food insecure is projected to fall from 17 percent in 2016 to 6 percent in 2026. In total, the number of food-insecure people is projected to fall markedly, by 59 percent. This matches the decline in the distribution gap, the amount of food needed to raise consumption to the nutritional target for all consumers. The similar rates of decline for the two measures indicate no worsening in the intensity of food insecurity, at the aggregate level, for those people considered to be food-insecure. Despite improvements over the years, Sub-Saharan Africa is projected to remain the most food-insecure region in the world.

Compared to earlier periods, 2016 was marked by slower global income growth, particularly in the developing economies, and stronger appreciation of the U.S. dollar against the currencies of many other countries engaged in agricultural trade. Economic simulations conducted by ERS suggest that these less favorable macroeconomic conditions are having and will have a negative impact on the price and volume of U.S. agricultural exports over the next several years. The largest price and volume impacts were found for crop exports, with relatively smaller impacts on meat exports. Almost across the board, reductions to projected U.S. exports exceed corresponding reductions in world trade, implying a decline in U.S. market share. ERS briefed senior USDA officials on these findings.

The U.S. compares favorably with Argentina and Brazil as a corn and soybean exporter in some, but not all respects. 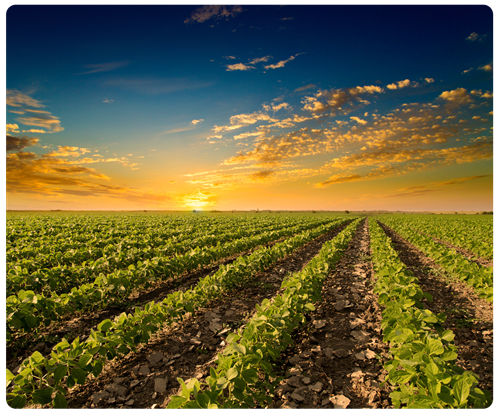 ERS research explored the differences in production costs and export competitiveness of the United States, Argentina, and Brazil in the corn and soybean sectors. On a per acre basis, Argentina and Brazil were found to have lower average farm-level production costs for corn and soybeans than the United States. On a per bushel basis, the United States was found to have the lowest average production costs for corn and the second lowest for soybeans (after Brazil). Of the regions studied, the U.S. Heartland—defined as encompassing all of Iowa, Illinois, and Indiana and parts of South Dakota, Nebraska, Minnesota, Missouri, Ohio, and Kentucky—was found to be the second most competitive exporter of corn and soybeans, after the Parana region of Brazil. The latter region, however, has smaller production volumes than the U.S. Heartland. ERS briefed senior officials at USDA’s Farm Services Agency on these findings.

Improved market access is needed for U.S. beef to remain competitive in Japan.

In 2015, the Japan-Australia trade agreement (JAEPA) was implemented resulting in significant and immediate tariff reductions on Australian beef in Japan. No similar agreement is in place between the United States and Japan. ERS researchers analyzed potential trade losses for the U.S. beef sector resulting from JAEPA and potential benefits of equal market access for U.S. beef. Findings reveal strong competition among exporting countries, the intensity of which varies markedly across beef products. Overall, results show that JAEPA could generate a large increase (estimated at $105.9 million) in Japan’s beef imports from Australia and a large decrease (estimated at $105.1 million) in its beef imports from the United States. However, similar tariff reductions for U.S. beef could eliminate the decline in U.S. exports to Japan and even result in a net increase in beef exports to Japan from both countries. ERS briefed senior USDA officials including the Chief Economist on these findings. They were also disseminated through several media outlets.

Ethanol production and demand in response to global oil prices could lead to land-use changes in Brazil.

The westward expansion of agriculture into Brazil’s frontier region, and the conversion of range, pasture, and other land into cropland is due to rising domestic and international food demand but is also a consequence of ethanol production and policies. Because the supply and demand for ethanol are linked to that of petroleum, oil prices can affect production and land-use decisions for ethanol feedstocks and related agricultural commodities. ERS examined the effects of two oil-price scenarios—sustained high prices and sustained low prices from 2015 to 2024—on Brazilian agricultural land use and compared results to USDA’s 2015-2024 Agricultural Projections. With higher oil prices, Brazilian ethanol demand increases resulting in an increase in sugarcane area of 11 percent and a decline in area for crops other than sugarcane. Lower oil prices are projected to result in less ethanol production and sugarcane land use, freeing up land for other uses. Given Brazil’s dominant position in global commodity markets, adjustments in sugarcane and ethanol output and exports would lead to changes in world prices. ERS briefed USDA senior officials on this report’s findings. 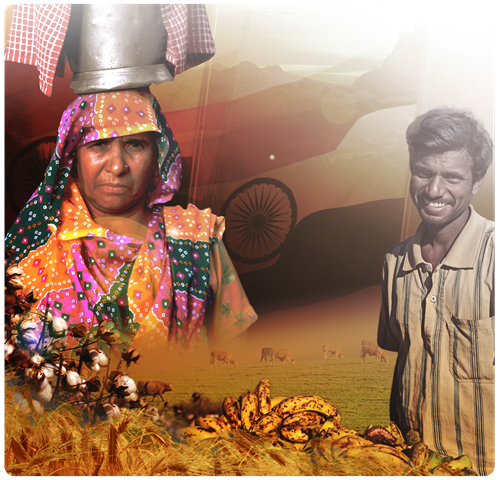 Between 1980 and 2008 India’s agriculture growth expanded beyond the Northern grain belt, led primarily by rapid growth in horticulture and livestock products. Agricultural productivity averaged 2.1 percent per year, but regional variations emerged. Productivity was slower in the traditional grain producing region of the North (1.9 percent) and faster in the West (2.3 percent) and South (2.7 percent). ERS identified several factors propelling productivity growth, including public investments in agricultural research and expansion of irrigated area. Productivity benefits from both of these were tilted towards producers in the North and West. Investment in public rural education was also important; achieving 4.3 years of schooling for the rural population was associated with greater productivity growth.