An estimated 87.3 percent of American households were food secure throughout the entire year in 2015, meaning that they had access at all times to enough food for an active, healthy life for all household members.

The remaining households (12.7 percent) were food insecure at least some time during the year, including 5.0 percent with very low food security because the household lacked money and other resources for food, resulting in reduced food intake and disruptions in eating patterns for one or more household members. Additional research focused specifically on children shows that an estimated 92.2 percent of households with children were food secure throughout the year in 2015, which denotes that all  household members had consistent access to adequate food for active, healthy lives. The ERS food security statistics are widely recognized as the benchmark for measuring food security in the United States, and support decision making on USDA food assistance and nutrition programs. 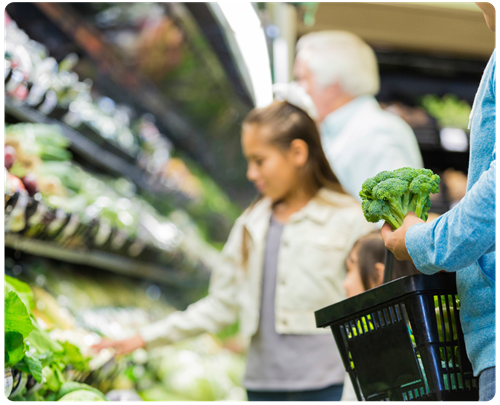 A July 2016 ERS report used USDA’s FoodAPS to examine where households get food in a typical week. FoodAPS captured the acquisition of free food, something which is not measured in any other U.S. purchase surveys. Household and store scanner data from Nielsen and IRI provide data on grocery store purchases, but national data on food from restaurants, schools, food banks/community resources, or family and friends are scarcer, especially those that would allow the comparison of SNAP participants to nonparticipants. The FoodAPS provides the first complete picture of U.S. household food acquisitions. The report provides many interesting statistics about weekly food acquisitions such as the finding that households devoted 55 percent of all expenditures reported during the week at large grocery stores, 3 percent at small or specialty food stores, and 7 percent at other food stores. And a third of all expenditures were at restaurants and other eating places, with the rest of food-away-from-home (FAFH) spending occurring at work and schools. 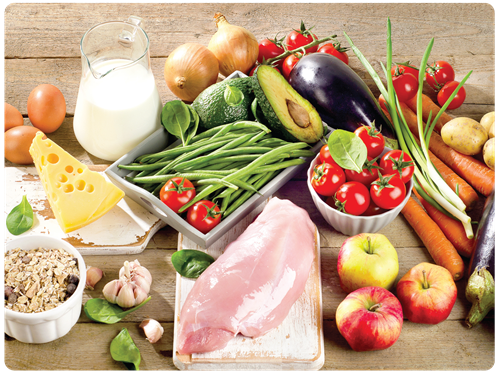 After the temporary increase in SNAP benefits provided in the American Recovery and Reinvestment Act of 2009, commonly known as the Stimulus Act, SNAP households increased the share of total expenditures spent on food by 1.44 percentage points. They spent 53 cents of each additional dollar of SNAP benefits on food, meaning that SNAP and cash income are not perfectly fungible. SNAP households spend more on food when using SNAP than economic theory predicts, with the lowest income households demonstrating the highest rate of additional spending on food using SNAP (0.62, or 62 cents for each additional dollar). Briefings to senior officials at FNCS and FNS informed decision makers about these updated estimates of an important measure of SNAP’s effects on food spending.

In USDA’s National School Lunch and Breakfast Programs, economies of scale exist for both breakfasts and lunches, but are much stronger for breakfasts.

Despite the lack of a program incentive to shop for the lowest prices, 77 percent of WIC retail food benefits were redeemed at large stores (super store, supermarket, or large grocery) in FY 2012.

This compares to 84 percent for participants of the SNAP. The sizeable share of WIC redemptions at large stores may be due to the large share of WIC retail vendors that are large stores (63 percent) and WIC participants’ tendency to shop for WIC foods at the same stores where they do their regular shopping. The April 2016 ERS report also documents wide variation, across States, in the shares of authorized vendors and dollar redemption by store type.

A March 2016 ERS report analyzes food import shipments that were refused entry into the United States by the U.S. Food and Drug Administration from 2005 to 2013 and assesses patterns in import refusals. It highlights which products are most often found in violation, identifies the most common types of violations, and discusses country-product patterns of note and changes in import refusal patterns over time. The industry group with the most shipments refused over 2005-13 was fishery and seafood products, with 20.5 percent of refused shipments. This was followed by vegetables/vegetable products (16.1 percent) and fruit/fruit products (10.5 percent). The share of refusals for fishery/seafood products was slightly higher over 2005-2013 than over 1998-2004, while the shares for vegetables and fruit both decreased.