The development of the U.S. Farm Bill is a complex and multistep process. 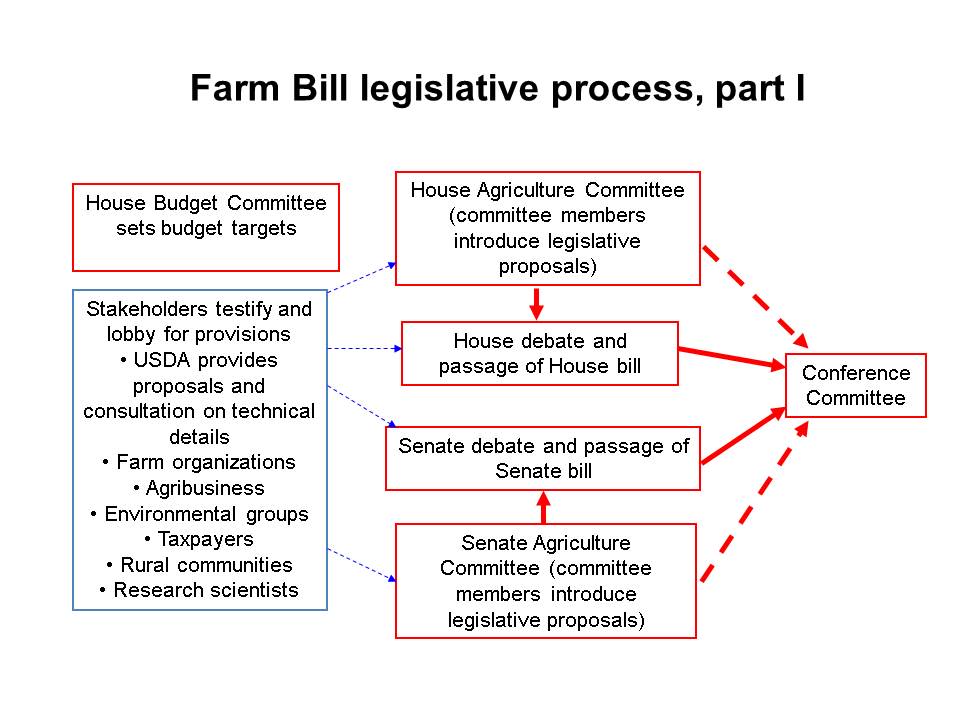 The process usually begins in the year or two before current legislation expires, with stakeholders developing proposals and sharing their views at congressional listening sessions and hearings, through the media, and in direct meetings with members of the agriculture committees in both the House and Senate.

As the agriculture committees begin to consider specific new legislation, the House Budget Committee sets a budget for the new Farm Bill. Under congressional rules, any additional expenditures must be paid for by budget cuts or tax increases.

Independent parallel processes then begin in both the House and the Senate. The agriculture committees in both chambers debate legislative proposals separately and “markup” compromise bills to which a majority of their own committee members can agree. Once the committees approve their bills, they are presented to the membership of their respective chambers for consideration.

Continuing the parallel processes, the House and Senate debate amendments and alternative proposals to their respective committee’s bills until a compromise is reached. When each chamber has passed its own version of a Farm Bill, the leadership of the House and Senate appoint members to a joint conference committee to develop a single bill that can be passed by each chamber and then presented for the President’s signature. 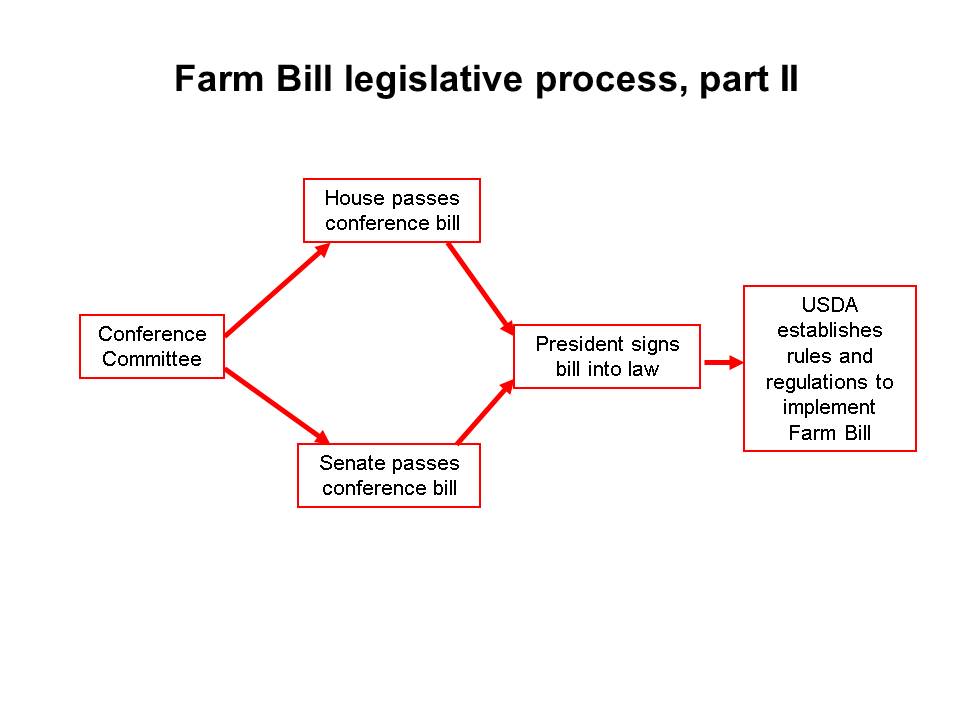 The conference committee must negotiate a compromise bill that can be passed without amendment by both chambers. Following passage by both the House and Senate, the President may either sign or veto the bill. If vetoed, the bill returns to Congress, where it must receive a two-thirds majority in each chamber to become law without the President’s signature.

After the Farm Bill becomes law, the Executive Branch departments and agencies responsible for implementing the bill must write the rules and regulations to govern the implementation. In some cases, this can take an extended period, since the rulemaking process requires public notification of proposed rules and a period for comment and revision before final rules can be adopted.