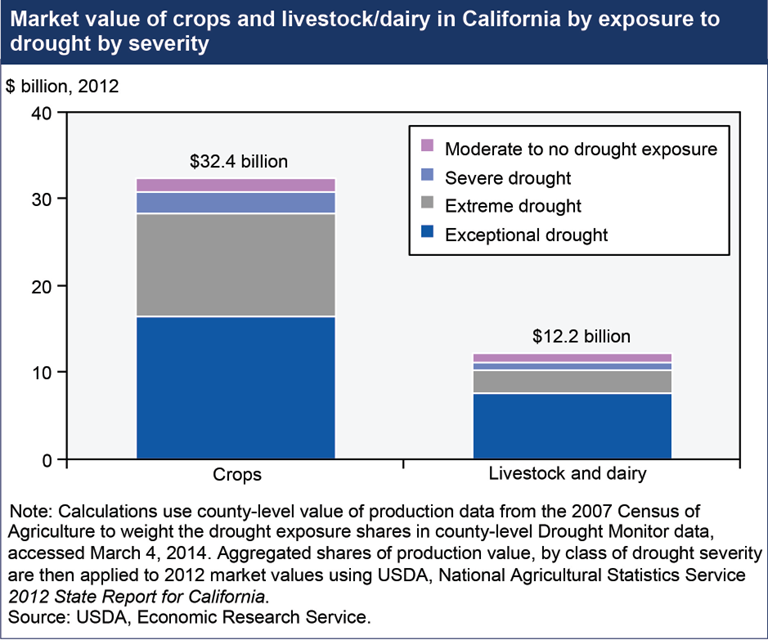 The driest year on record for California, following several prior years of drought, is likely to have an impact on the State’s agricultural production in 2014. On January 17, 2014, the Governor of California declared a drought emergency and as of March 4, over 94 percent of California’s nearly $45 billion agricultural sector was experiencing severe, extreme, or exceptional drought. The livestock sector is more directly exposed to exceptional drought (about 62 percent) than the crop sector (just over 50 percent). Given that much of California’s agricultural production takes place on irrigated land, effects of the drought depend on the cost and availability of water from irrigation in addition to local rainfall. Shortages of irrigation water sourced from snowfall are already evident, and the extent to which growers will be able to offset these reduced surface water supplies by pumping groundwater is uncertain. Find the table underlying this chart and additional analysis in California Drought 2014: Farm and Food Impacts.