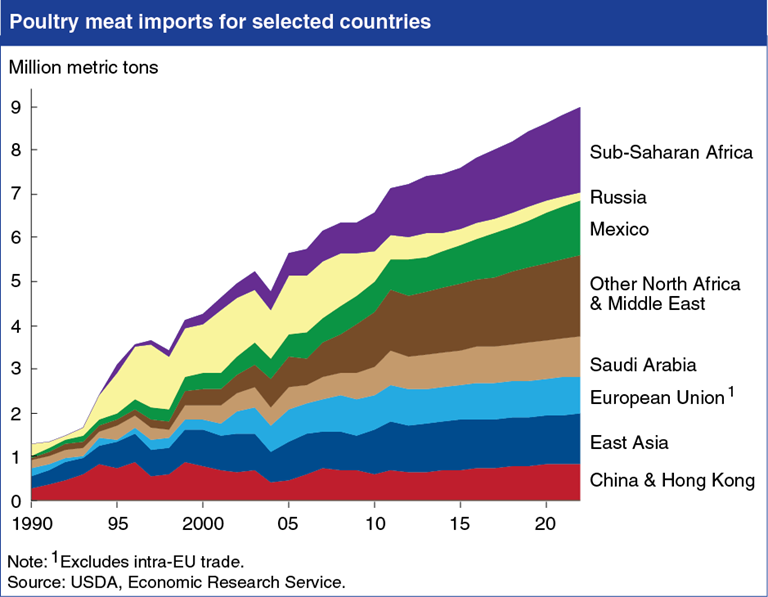 The United States is the world’s second largest poultry meat exporter behind Brazil, with U.S. exports valued at $4.2 billion and accounting for 20 percent of U.S. broiler meat production in 2012. According to USDA’s long-term projections, world import demand for poultry meat is expected to grow 1.56 million tons over the next 10 years. Brazil’s poultry exports—aided by relatively low production costs—are expected to grow 27 percent by 2022, compared with 11 percent projected growth in U.S. exports. Strong growth in poultry imports is projected for much of the world, except for Russia and the European Union. Continued growth is projected in the Africa and the Middle East region—including Sub-Saharan Africa, Saudi Arabia, and Other North Africa and Middle East—which now accounts for more than 40 percent of poultry imports by major importers. In this and other developing regions, rising consumer incomes, population growth, urbanization, and the typically low cost of poultry meat relative to other meats are key drivers of expanding poultry demand. This chart can be found in Assessing Growth in U.S. Broiler and Poultry Meat Exports, LDPM-231-01, released November 8, 2013.