An estimated 88.2 percent of American households were food secure throughout the entire year in 2016, meaning that they had access at all times to enough food for an active, healthy life for all household members. 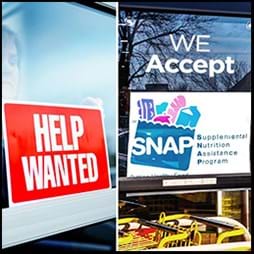 Food away from home has become increasingly integral to the American diet.

In 2010, the share of Americans’ food budget spent on food away from home (FAFH) reached 50 percent (up from 41 percent in 1984), surpassing the share spent on food at home (FAH) for the first time. Likewise, Americans’ share of energy intake from FAFH rose from 17 percent in 1977-78 to 34 percent in 2011-12, with differences in growth across types of FAFH such as full- and quick-service restaurant foods, school meals, etc. Along with the demand for FAFH, availability of FAFH has also increased, with much of the growth in recent years attributable to quick-service restaurants. The growing presence of FAFH in Americans’ diets reflects changes in consumer demand and producer behavior and affects the health and nutrition of individuals over time. ERS published a multi-chapter report that takes a comprehensive look at the role of FAFH in American diets, exploring nutritional composition of FAFH and key Federal programs that may influence FAFH. The report also discusses how FAFH choices and availability relate to diet quality, income, age, and other socioeconomic factors. 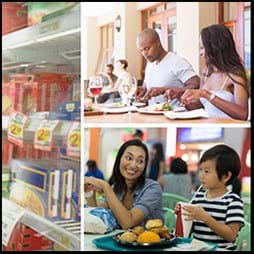 Among the many factors that drive demand for convenience foods, having a higher income, being employed, participating in food assistance programs, age, and presence of children in the home are important, while proximity to eating out places is not important.

The nutritional quality of foods purchased or otherwise acquired by the overall population scored 53 out of 100 points using USDA’s HEI-2010 measure.

As one of the mainstays of the country’s safety net, USDA's Supplemental Nutrition Assistance Program (SNAP) accounts for over half of USDA's annual budget. With origins in the Great Depression, SNAP participation and expenditures have grown and declined in response to economic conditions and policy changes. The challenges policymakers face today about how to best design the program are similar to ones faced in the past. ERS examines this history along with analysis of six policy issues that have resurfaced in recent SNAP policy debates. The report discusses the tradeoffs identified by economists on six issues: block grant proposals, store eligibility requirements, limits on foods that can be purchased by participants, adequacy of benefit amounts, program eligibility rules, and work requirements. By providing historical and analytical perspectives on major program design changes, this report informs current policy debates. 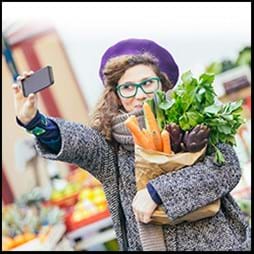 Millennials are the largest and most diverse generation in the United States, and they spend more on food away from home than other generations.

Millennials, born between 1981 and the mid-2000s, will be an important driver in the food economy for years to come. Their grocery store habits may change as they age, but current differences from older generations could have implications for future food demand. Comparing across similar income groups, Millennials spend more of their budget on food away from home, they eat out more often, they spend less time cooking and eating, and the foods that they do eat at home are easier to prepare. Among all generations, Millennials devote the smallest share of food expenditures to grains, white meat, and red meat. Though Millennials spend less on food at home in total, they allocate more proportionately to prepared foods, pasta, and sugar/sweets than any other generation. When partitioning by income per capita, fruit expenditure shares for Millennials essentially matched those of Traditionalists, who allocate the largest share to fruits. Moreover, as Millennials become richer, they apportion more of their food at home budget to vegetables, suggesting that the millennial generation may have a stronger preference for fruits and vegetables compared to older generations.

Food labels can give consumers valuable information that they cannot verify for themselves, but labels can also be misleading.

Food suppliers may voluntarily offer only information that increases demand for their products. Also, consumers may not understand label claims, and instead of facilitating economic activity, labels may increase inefficiency in the marketplace. Food label claims have proliferated over the past three decades. Some of these have been federally mandated and some have been voluntary. Some may be certified or verified by the Government or by private-sector entities. A recent ERS report examines five case studies from the past 30 years that highlight roles the Federal Government has played in food labels and the informational strengths and weaknesses of various labels. These case studies include the implementation of Federal standards for the “Nutrition Facts” label (mandatory for many foods), the USDA Organic seal, the voluntary labeling of food as made without genetically engineered ingredients, the voluntary labeling of meat and poultry products as raised without antibiotics (RWA), and the labeling of the federally defined country of origin of the product (COOL), which is mandatory for some food products. 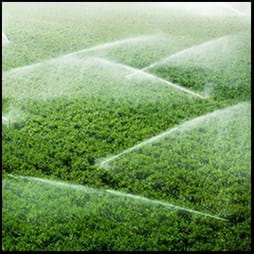 Many growers who would be subject to the Food Safety Modernization Act’s “Produce Rule” already had some food safety practices in place.