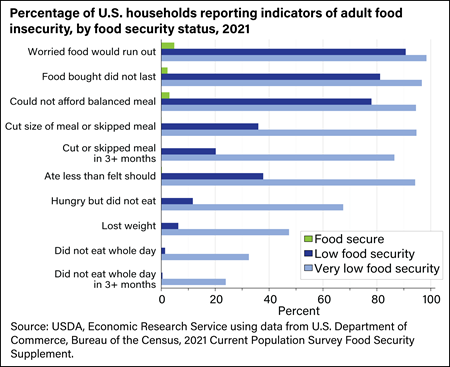 The defining characteristic of very low food security is that—at times during the year—food intake of household members is reduced and their normal eating patterns are disrupted because the household lacks money and other resources for food. Very low food security is characterized in terms of the conditions that households in this category typically reported in the annual survey.