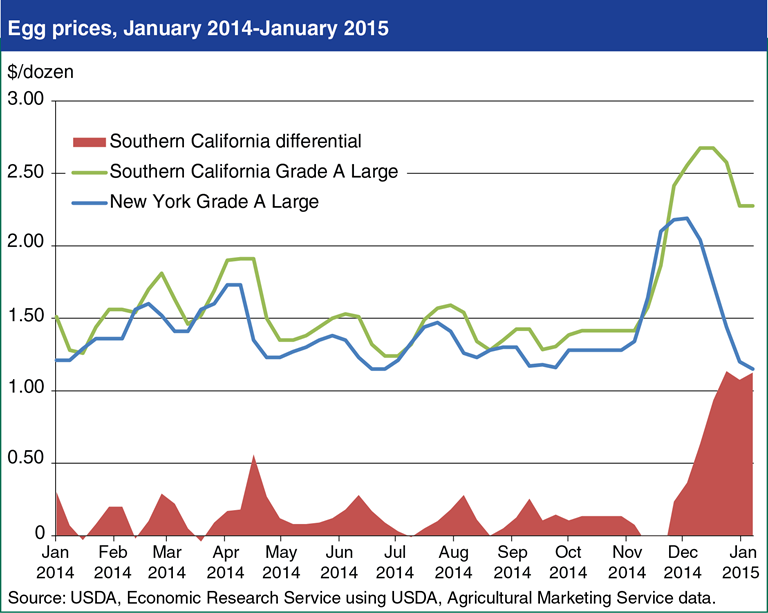 Over the last 2 months of 2014, egg prices in most markets experienced a brief and very sharp price spike. Egg prices traditionally are strong in the fourth quarter, but the spike in 2014 was larger than usual, considering that table egg production increased in November 2014. The high prices nationwide in the fourth quarter of 2014 are likely the result of both strong exports of table eggs to Mexico in November and uncertainties about the future of the table egg market in California due to new cage size regulations that went into effect on January 1, 2015. In the short term, the new regulations have widened the price difference between the California market and other parts of the United States. At the end of October 2014, the difference between the wholesale prices of Grade A large eggs in the Southern California market and the New York City market was around 12 cents per dozen. Prices in Southern California rose to average $2.68 per dozen by the middle of December. Like in other markets, prices then began to decline, but by the beginning of 2015 had only fallen to around $2.28 per dozen, resulting in a price differential between the Southern California market and the New York City market of over $1.00 per dozen. This chart is based on information from the report, Livestock, Dairy and Poultry Outlook: January 2015.