Productivity drives agricultural output growth in most regions of the world 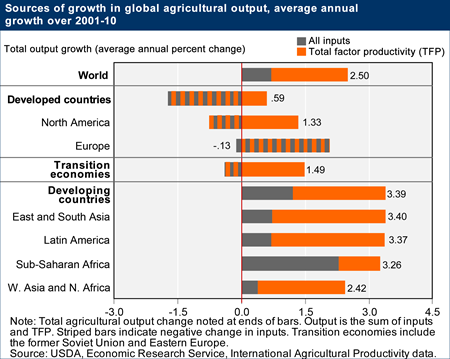