About half of rural counties now experiencing more deaths than births 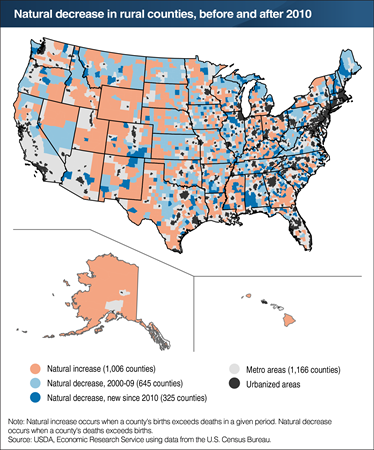