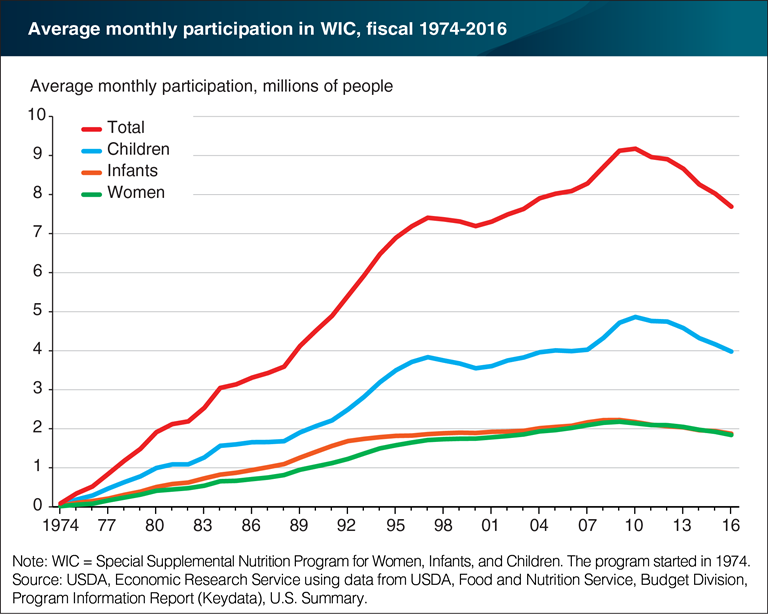 USDA’s Special Supplemental Nutrition Program for Women, Infants, and Children (WIC) provides supplemental food, nutrition education, and health care referrals to low-income, nutritionally at-risk pregnant, breastfeeding, and postpartum women as well as infants and children up to age 5. In fiscal 2016, the program served an average of 7.7 million people per month, down 16 percent from its peak in fiscal 2010. For the 6th consecutive year, participation for all three major groups fell. The number of women and children receiving WIC assistance each fell by 4 percent in fiscal 2016, and the number of infants dropped by 3 percent. Improving economic conditions in recent years have likely played a role in the participation decline. Since applicants must have incomes at or below 185 percent of poverty or participate in certain other assistance programs to be eligible, the number of people eligible for WIC is closely linked to the health of the U.S. economy. Falling WIC caseloads may also reflect the decline in the number of U.S. births. During 2008-15, the number of births fell each year except in 2014. This chart appears in "WIC Participation Continues to Decline" in ERS’s Amber Waves magazine, June 2017.