After a decade of rapid growth, corn use for ethanol is projected to decline 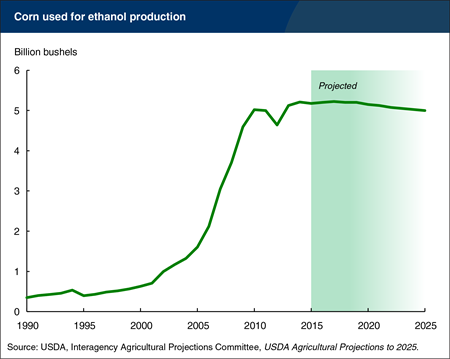