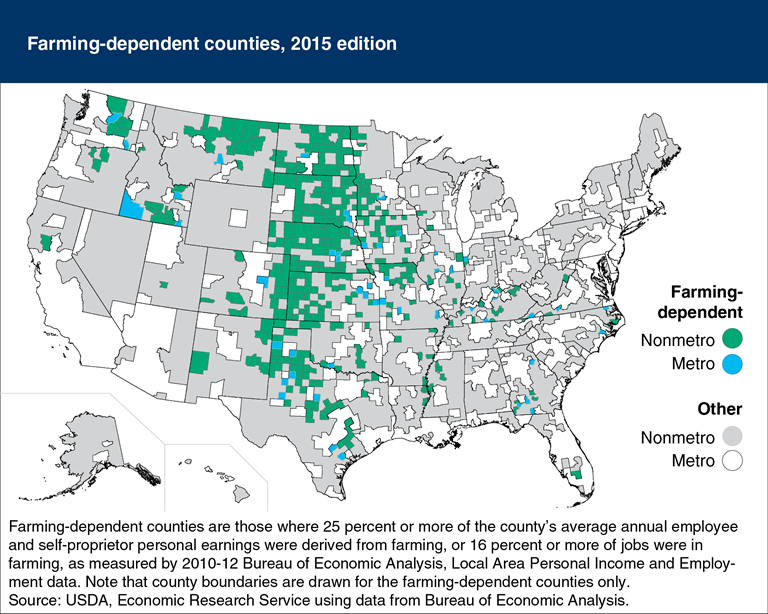 ERS determined that farming was an important part of the local economy in 391 nonmetro counties and 53 metro counties, based on data on farming employment and earnings from the period 2010-12. These farming-dependent counties had at least 25 percent of average annual employee and self-proprietor personal earnings attributable to farming during 2010-12, or 16 percent or more of county jobs in farming in the same period, according to data from the Bureau of Economic Analysis. The proportion of earnings derived from farming ranged up to 83 percent of total employee and self-proprietor personal earnings and farming employment ranged up to 49 percent of total jobs among farming-dependent counties. Farming-dependent counties were primarily located in sparsely populated areas remote from major urban centers and are geographically concentrated in the Midwest and Great Plains. ERS analysis reveals the total number of farming-dependent counties fell from 511 in 2001 to 444 in 2010-12, continuing its long-term decline. A version of this map is found in the Amber Waves article, “ERS County Economic Types Show a Changing Rural Landscape,” and the underlying codes may be found in the ERS data product, County Typology Codes, updated December 7, 2015.