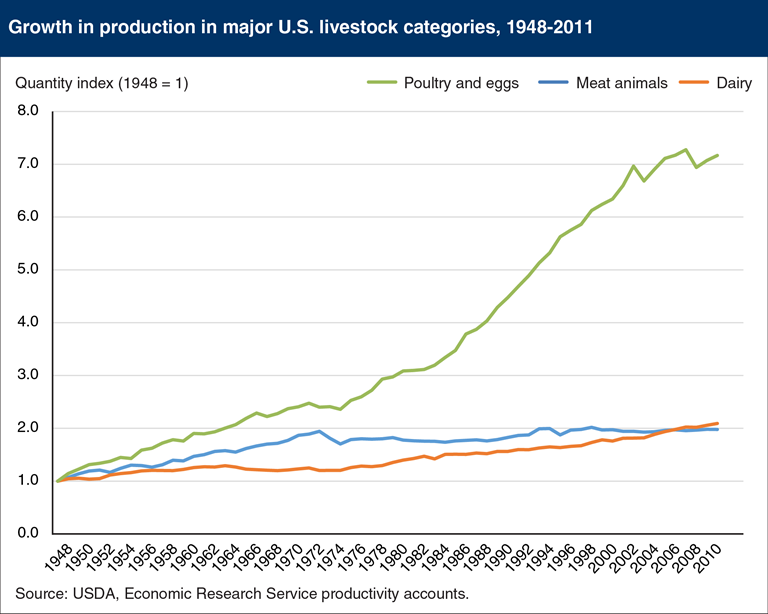 Total U.S. livestock output grew 130 percent from 1948 to 2011, with the poultry and eggs subcategory growing much faster than meat animals (including cattle, hogs, and lamb) and dairy products. In 2011, the real value of total poultry and egg production was more than seven times its level in 1948, with an average annual growth rate exceeding 3 percent. The rapid growth of poultry production is due largely to changes in technology—advances in genetics, feed formulations, housing, and practices—and increased consumer demand. Retail prices of poultry fell in the late 1970’s and 1980’s, relative to beef and pork prices, leading to expanded poultry consumption in that period. Increased domestic consumption and exports were also driven by consumer response to an expanding range of new poultry products, as the industry moved away from a reliance on whole birds and production shifted to cut-up parts and processed products such as boneless chicken, breaded nuggets/tenders, and chicken sausages. This chart is found in the ERS report, Agricultural Productivity Growth in the United States: Measurement, Trends, and Drivers, July 2015.