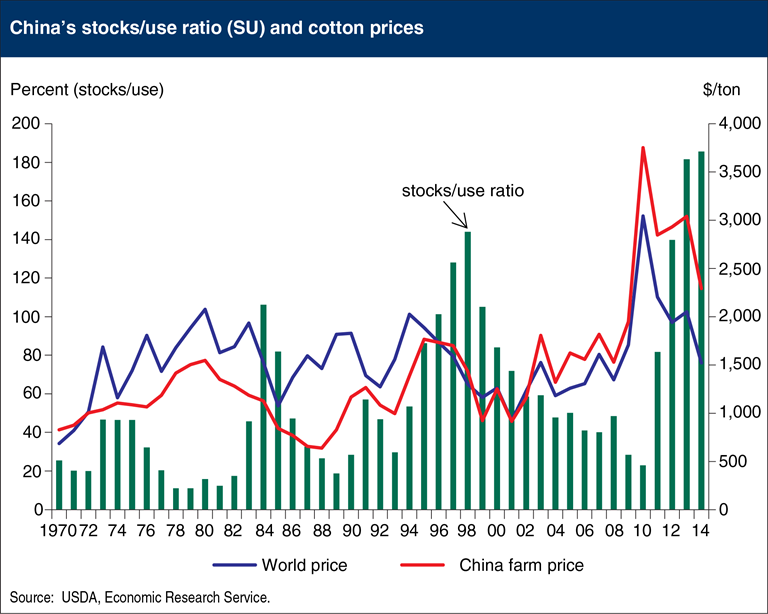 China has been the world’s largest cotton producer and consumer of cotton for decades, and it became the largest importer shortly after its 2001 accession to the World Trade Organization (WTO). Economic growth has transformed its agriculture sector, driving wages higher and spurring greater mechanization in many areas; however, small scale cotton production persists with limited mechanization and high production costs, especially in eastern China. To support its farmers, China introduced a support price for cotton in 2011, and from 2011 to 2013 acquired more than 40 percent of China’s cotton crop in an attempt to maintain domestic cotton prices 50-60 percent above world prices. This has resulted in China’s government owning a large amount of cotton stocks, equivalent to nearly 200 percent of its annual use and half of the world’s consumption. New policies in 2014 included a shift from stock acquisition toward target-price based direct subsidies and a sharp reduction in cotton import quotas. Reduced purchases by China’s government and a transition of cotton stockpiles toward long run historic levels could result in years of lower imports, and a decline in world prices. This chart is based on Cotton Policy in China, CWS-15c-01, March 2015.