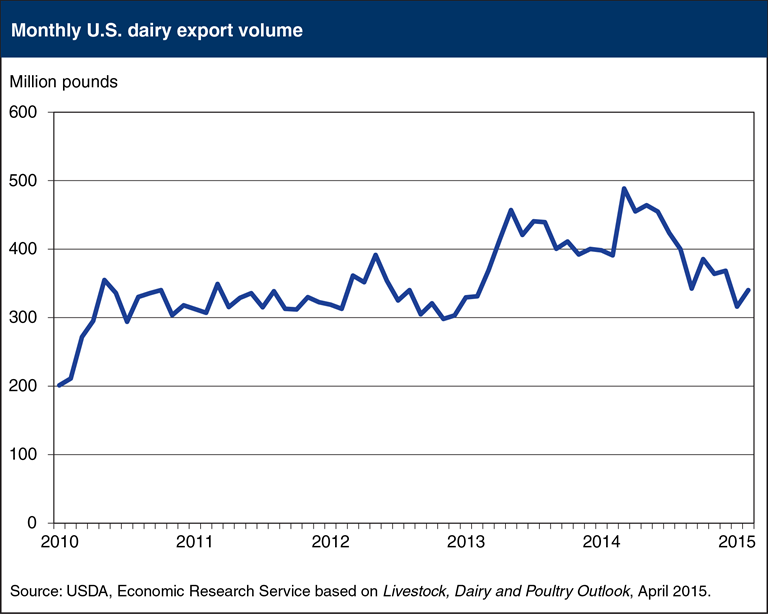 Exports of U.S. dairy products have been strong over the past decade, growing from 1.95 billion pounds in 2005 to nearly 5 billion pounds in 2014. However, over the past 9 months, exports have softened considerably, falling from 464 million pounds in May 2014 to below 340 million pounds in February 2015. Much of the reduction in export volume can be attributed to lower demand by China. Chinese imports of milk powders surged in late 2013 and early 2014, reflecting tight domestic supplies due to herd reductions, stricter regulations on dairy/infant formula production, and strong consumer demand. China turned to the United States and the European Union to supply growing volumes of skim milk powder, while New Zealand increased output of whole milk powder. By mid-2014, China scaled back purchases of milk powders due to growing inventory, slowing economic growth, and an upsurge in China’s domestic milk production. In addition, U.S. dairy exports have been hampered by the strong exchange rate value of the dollar and flagging international demand for milk powders in general. This chart is based on Livestock, Dairy and Poultry Outlook, LDPM-250, April 2015.