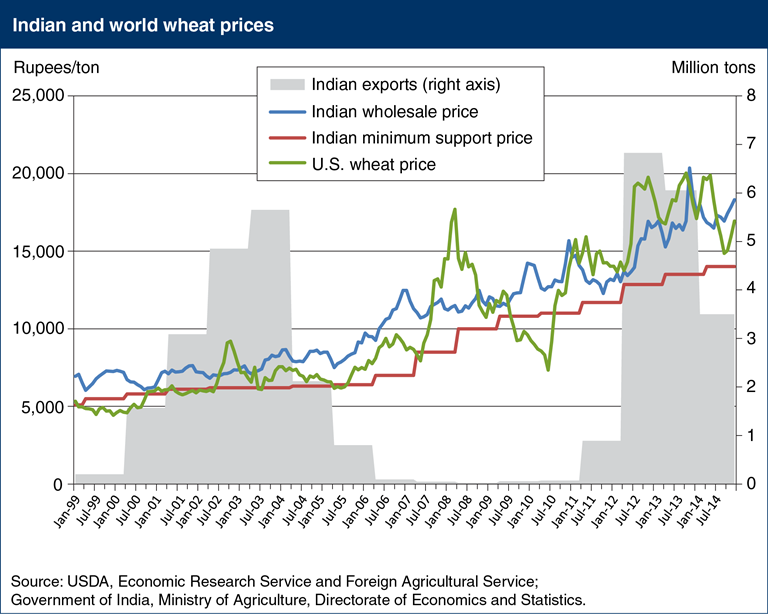 Wheat is the primary food staple across much of northern India. Government policy interventions have generally kept domestic prices more stable than world prices (represented by the U.S. wheat price), particularly since the 2008 global price spike. Indian policies provide growers with Minimum Support Prices (MSPs), distribute wheat procured at the MSP to consumers at subsidized prices, subsidize storage of operational and buffer stocks, and regulate imports and exports through periodic trade bans and quotas. Low domestic stocks and rising world prices led India to boost wheat MSPs and limit exports during 2007-2009 but by 2012, the accumulation of surplus stocks led to the return of private sector exports. The increase in domestic wheat prices that occurred between 2007 and 2010 was much smaller than the more than 30 percent rise in domestic rice prices. ERS research using Indian household data indicates that, compared with Indian rice consumers, wheat consumers were more able to maintain consumption of wheat and other foods during the 2007-2010 period. This is an updated version of a chart that can be found in Coping Strategies in Response to Rising Food Prices: Evidence from India.