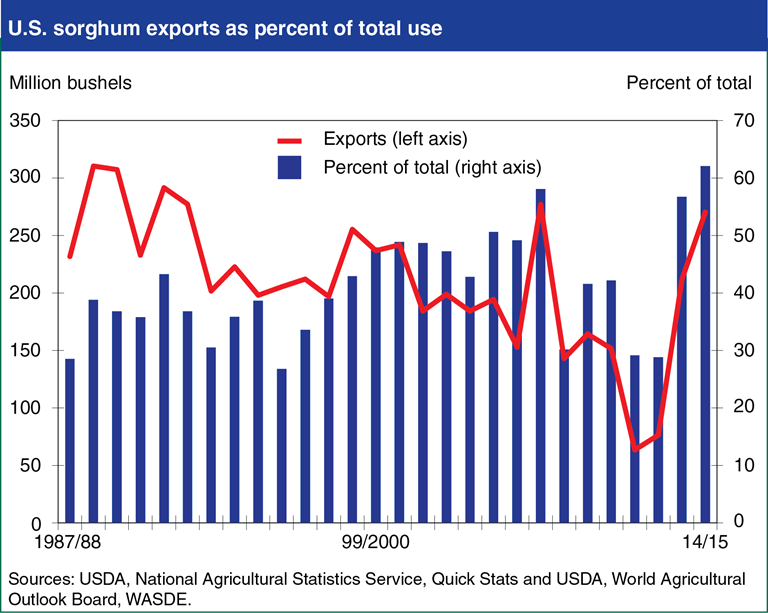 U.S. exports of sorghum have surged in the past two years, growing from less than 65 million bushels during the 2011/12 marketing year to 270 million forecast for 2014/15. Sorghum is a common substitute for corn in feed rations and is also used for ethanol production in the United States. Since in most countries corn tends to be preferred over sorghum for livestock feed, U.S. sorghum exports have been trending lower for several decades. But in recent years China has emerged as a leading destination for U.S. sorghum since sorghum does not face import quotas and other constraints that often delay or restrict shipments of corn and distillers dried grains (DDGS) from entering the country. For the current marketing year (2014/15), exports are forecast to account for 62 percent of total use, the highest proportion since 1975. The strength of the export market has also helped raise the price of sorghum, which is currently forecast to average 4 percent higher than the price of corn for the current marketing year, compared to the more common tendency for sorghum to sell at a 5 to 10 percent discount to corn. This chart is based on the January 2015 Feed Outlook report.