An aging rural veteran population declined over the last 20 years 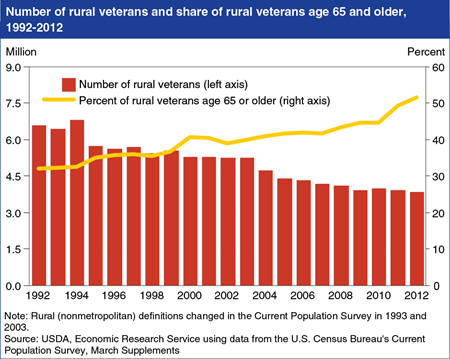