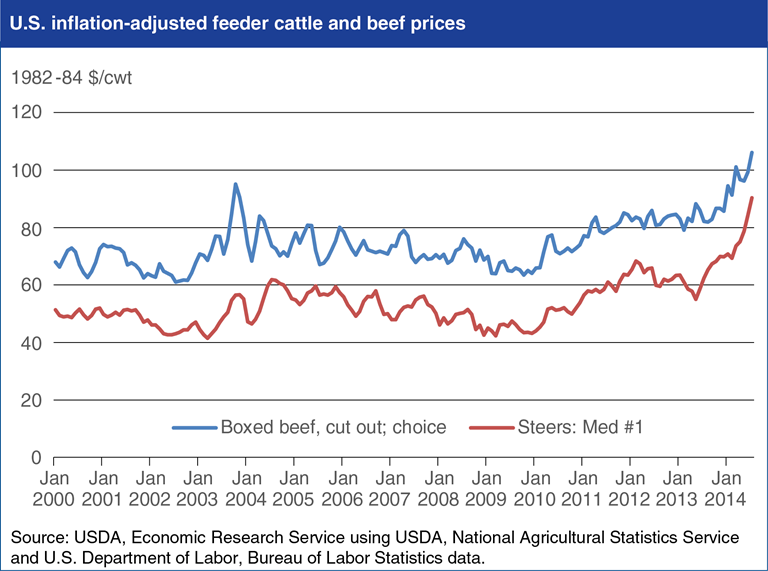 U.S. cattle and beef prices have moved into record territory since mid-2013, primarily due to drought impacts on U.S. cattle inventories. In addition to the widespread U.S. drought in 2012, drought conditions have affected important U.S. cattle raising regions, particularly in the Plains and Southwest, since 2010. The dry weather degraded pasture conditions and forage supplies, leading cow-calf operators to liquidate herds. Increases in U.S. imports of feeder cattle from Mexico and Canada have been insufficient to maintain or build U.S. inventories, in part because Mexican producers are trying to build their herds to supply more beef to the U.S. market. U.S. feed and forage supplies have improved in 2014, but herd rebuilding, as indicated by retention of heifers for breeding, is progressing slowly because some growers are selling animals while prices are high, rather than retaining them for herd rebuilding. Reduced beef supplies and high prices have led to an estimated 5 percent decline in U.S. per capita beef disappearance (a measure of consumption), as well as a sharp reduction in U.S. net beef exports, between 2011 and 2014. Find additional analysis in Livestock, Dairy, and Poultry Outlook: August 2014.