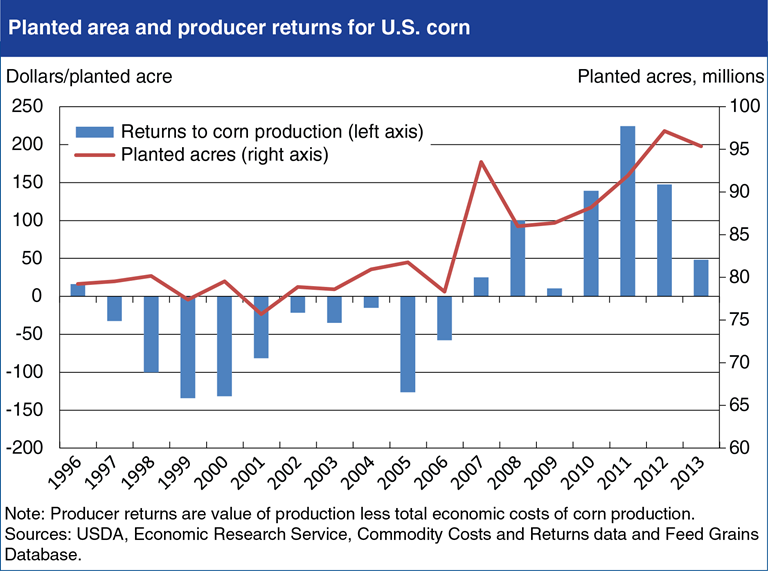 Positive grower returns have supported the expansion of U.S. corn area since the late 2000s. Returns to corn production—the value above total economic costs that include opportunity costs of land, labor, and other owned resources—have been positive since 2007. Returns reached a high of $224 per planted acre in 2011 before declining to $48 in 2013. With economic profit available from corn production, planted corn acres increased nearly 25 percent nationally from about 78 million in 2006 to a record of more than 97 million in 2012. In 2013, however, lower corn price expectations pushed down planted area, and lower corn prices, along with higher land costs, reduced returns to corn production. From 1997 to 2006, economic returns to corn production had been negative, averaging -$74 per planted acre. During this time, planted corn acreage was relatively stable between about 75 and 80 million acres. This chart is based on data found in Commodity Costs and Returns and the Feed Grains Database.