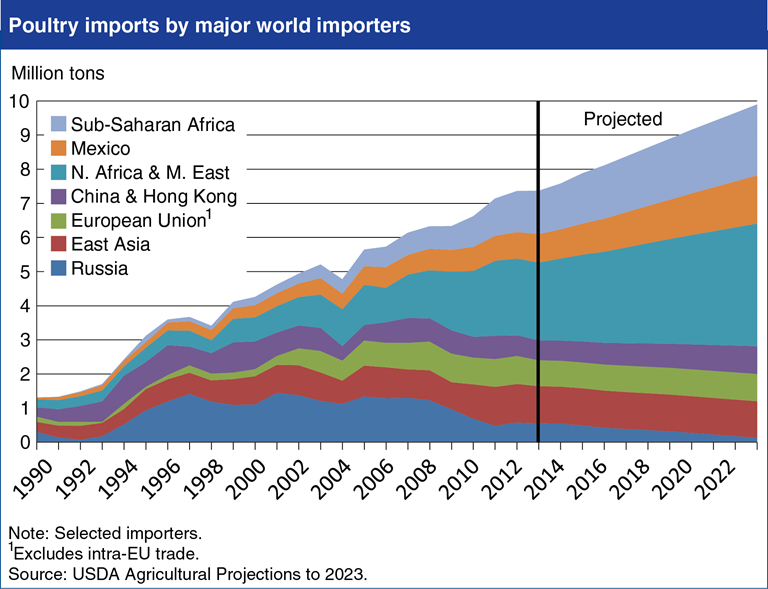 Poultry meat imports by major importers are projected to increase by 2.5 million tons (34 percent) between 2013 and 2023, led by rising import demand in North Africa and the Middle East (NAME), Mexico, and Sub-Saharan Africa (SSA). Similar factors are expected to drive import growth in each region. Rising incomes and the low cost of poultry meat relative to other meats are projected to favor growth in poultry meat consumption among the low- and middle-income consumers in each region. At the same time, limited local supplies of feed grains and feed protein in all three regions are expected to continue to limit the expansion of indigenous poultry meat production. The NAME region currently accounts for 47 percent of imports by the major poultry importers, and is projected to account for nearly 80 percent of the increase in their poultry meat imports between 2014 and 2023. In contrast, little import growth is projected for Russia, where policies continue to deter imports in favor of domestic producers, and for China, where domestic production is projected to keep pace with demand. Find this chart and additional analysis in USDA Agricultural Projections to 2023.