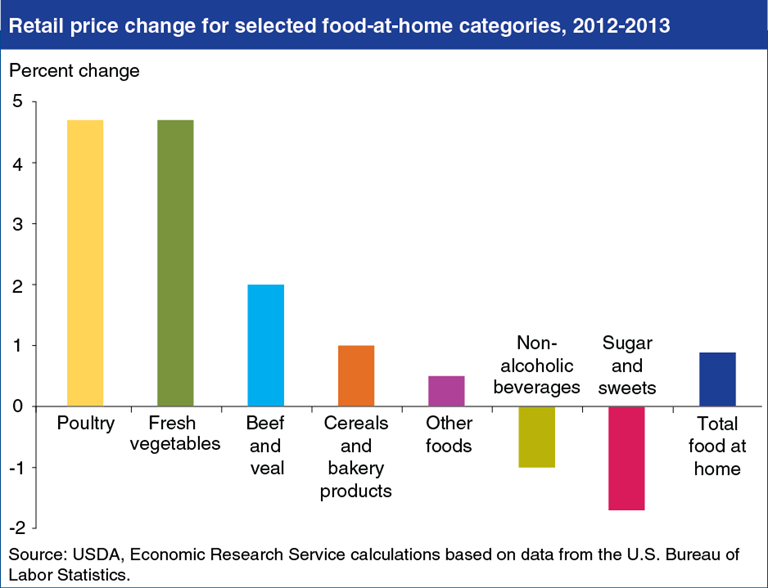 Grocery store food prices increased 0.9 percent in 2013. Since 1970, annual food-at-home price inflation has only been lower three times—in 1992, 2009, and 2010. Low food price inflation usually indicates that prices in some categories increased modestly while others fell, and that was the case in 2013. The largest increases were for poultry and fresh vegetables, which both rose by nearly 5 percent. Poultry price increases were driven by high feed prices and strong consumer demand in response to high beef and pork prices in 2011 and 2012. Vegetable prices rebounded from heavy deflation in 2012. Global sugar and coffee prices fell substantially in 2013, causing retail prices for the broader nonalcoholic beverages and sugar and sweets categories to fall as well. The other foods category, which constitutes over 10 percent of food spending, was nearly flat in 2013 due mostly to moderate fuel prices which lowered processing, packaging, and transportation costs. More information on food price changes and forecasts can be found in ERS’s Food Price Outlook data product, updated March 25, 2014.