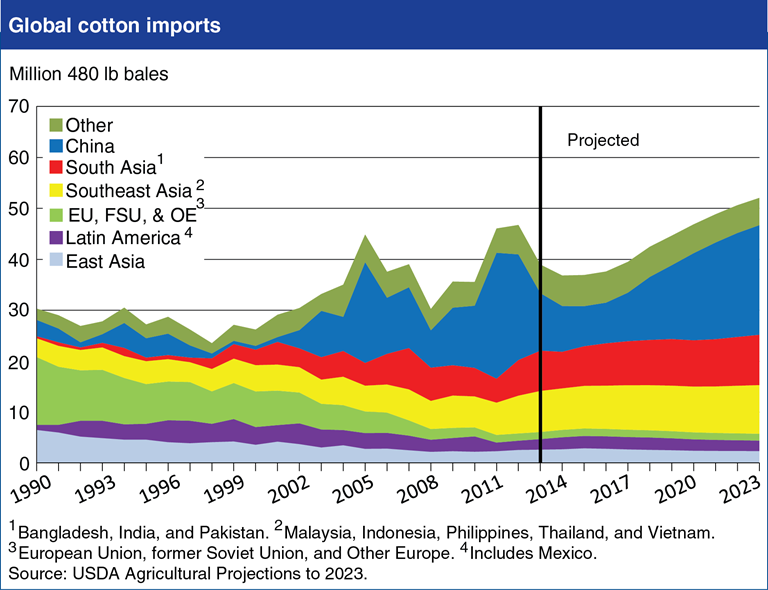 Although world cotton trade is projected to expand at a rapid 3.8-percent growth rate between 2014/15 (August/July marketing years) and 2023/24, cotton trade is expected to contract in the medium term as China reduces its imports. China—the world’s largest cotton importer—is expected to slow its imports through 2016/17 because of its announced intention to reform cotton price supports, likely reducing its currently large cotton stocks. China’s cotton imports are projected to initially decline to less than 40 percent of peak levels, but resume growth by 2017/18 and support the expansion of world cotton trade to record levels by 2020/21 and beyond. China’s reforms are expected to allow it to recover part of the share of world cotton consumption that it lost between 2009 and 2013 when, because of relatively high prices of Chinese cotton, some textile production and cotton import demand shifted to other countries, including Bangladesh, Turkey, Vietnam, and Pakistan. China is projected to remain the world’s largest importer in 2023, followed by Bangladesh, Turkey, and Vietnam. Find this chart and additional analysis in USDA Agricultural Projections to 2023.