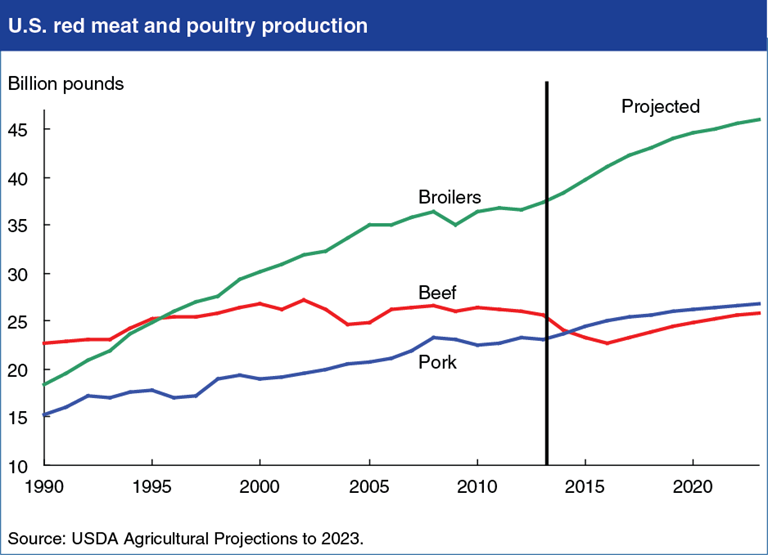 The U.S. livestock sector is slowly recovering from high feed prices and drought in the Southern Plains of the United States over the last few years. Improving returns have provided incentives for increased production in the livestock sector. As a result, total U.S. red meat and poultry production is projected to grow over the next decade. Low cow inventories are expected to limit recovery from recent drought conditions for several years and reduce beef production through 2016, but production is projected to grow in the longer term as returns support continued herd expansion and higher slaughter weights. In the near term, declining feed costs are expected to lead to increased hog farrowing, and pork production is projected to rise over the next decade, supported by continued (albeit slower) productivity gains in the breeding herd and increased slaughter weights. Poultry production is expected to expand over the next decade, but at lower rates than in the 1980s and 1990s. Increasing demand is expected to strengthen broiler prices, although poultry is expected to face competition from increasing red meat production beyond 2016. Find this chart and additional analysis in USDA Agricultural Projections to 2023.