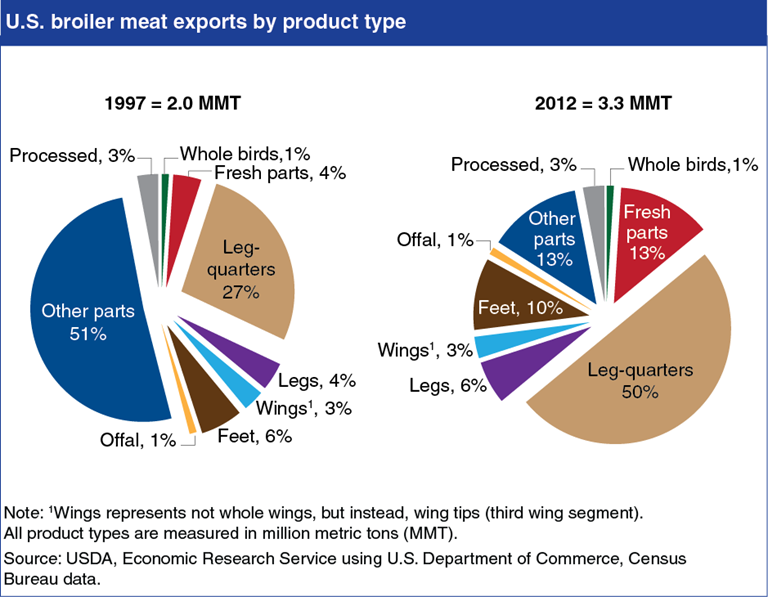 Exports of poultry meat, including broilers (young chicken), now account for about 20 percent of U.S. production. Growth in U.S. exports has been led by a combination of expanding U.S. production, complementary differences in consumer preferences for broiler products between U.S. and foreign consumers, and more open trade with Mexico and Canada. The cross-country differences in consumer preferences are reflected in the change in the composition of U.S. broiler exports between 1997 and 2012. In the United States, chicken breast meat is in high demand, while in many foreign markets other portions of the chicken, particularly leg-quarters and feet, are in relatively high demand due to reasons of taste or relatively low cost. Another growing segment of the broiler export market has been fresh parts, shipped primarily to Canada and Mexico. While most broiler exports are in frozen form, the proximity and openness of these markets has enabled trade in fresh parts. This chart can be found in Assessing the Growth of U.S. Broiler and Poultry Meat Exports.