Japanese rule change may lead to further rebound in imports of U.S beef 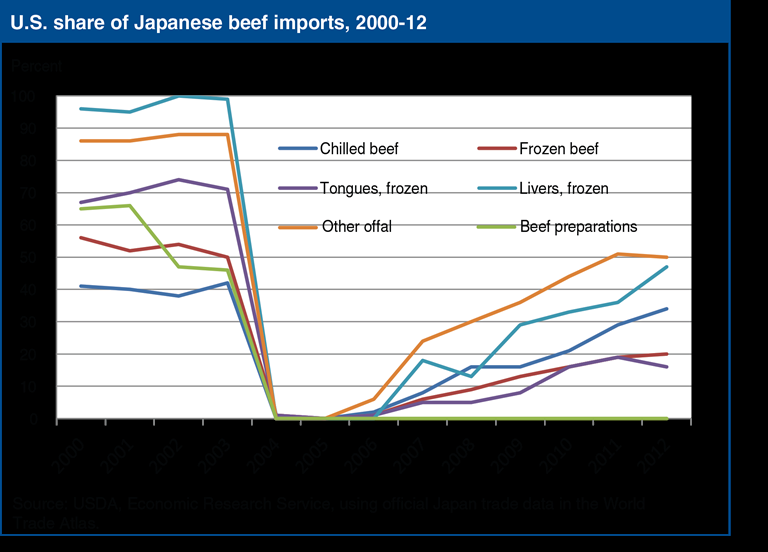 Effective February 1, 2013, Japan has permitted imports of beef from all U.S. cattle less than 30 months of age, a decision that removes most of the restrictions imposed on imports of U.S. beef at the end of 2003. In late 2003, Japan banned U.S. beef in reaction to the discovery of bovine spongiform encephalopathy (BSE) in the United States. In 2005, Japan reopened its market to U.S. beef imports from cattle slaughtered at less than 21 months of age. However, U.S. beef exports to Japan, as well as Japanese beef consumption, have not recovered to the levels they reached in 2003 and earlier. The latest action is expected to lead to a further rebound in the volume of U.S. beef and byproducts exported to Japan; to allow somewhat lower prices in Japan for U.S. beef; and to raise the value of beef carcasses in the United States. This chart appears in Japan Announces New Rules for Imports of U.S. Beef.