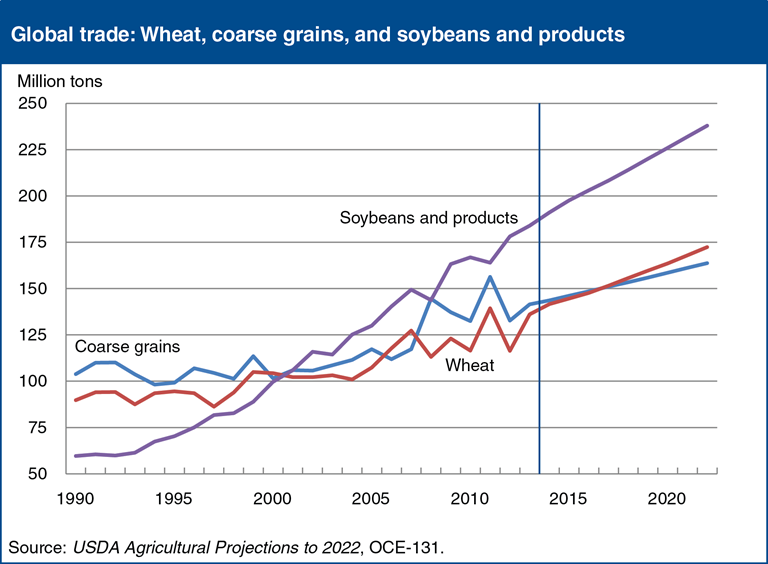 Rising incomes, particularly in developing countries, are projected to provide a foundation for continued gains in world demand and trade for grains, oilseeds, and other agricultural products during 2012-22. Developing countries, where food consumption and feed use are particularly responsive to income growth, are projected to be the main source of growth in import demand for grains and oilseeds. Trade in soybeans and soybean products has risen rapidly since the early 1990s, and continued strong demand, particularly in China and other Asian countries, is expected during the next decade. Growth in global wheat imports also remains concentrated in developing countries, but per capita wheat use has peaked in many countries, leading to more modest projected growth in wheat trade. These projections are based on a conditional, longrun scenario that assumes normal weather, a continuation of current U.S. farm legislation, and specific U.S. and international macroeconomic conditions and U.S. and foreign agricultural and trade policies. This chart is from USDA Agricultural Projections to 2022, OCE-131, February 2013.