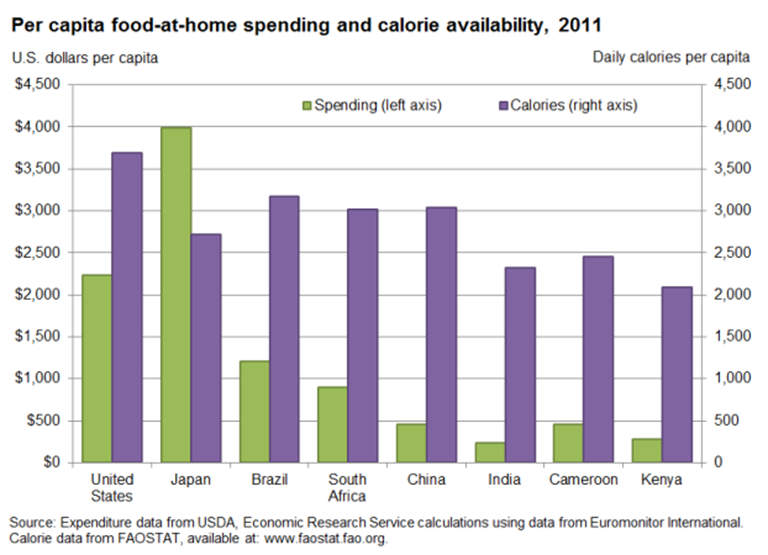 Per capita food-at-home spending differs widely across countries. For example, in 2011 food-at-home spending was $2,239 per person in the United States, $452 in lower middle-income Cameroon, and just $276 in low-income Kenya. However, higher food spending does not always translate into higher food consumption. South African consumers, for example, spent more per person on at-home foods than Chinese consumers, but per person calories available for consumption were about the same in both countries. Japanese consumers outspent U.S. consumers on at-home foods, but per person calorie availability in Japan was lower. At-home food spending reflects general food price levels, prices for the particular foods purchased (grains versus meats), and, for higher income countries, the mix of at-home and away-from-home eating. While the average consumer in the United States spends more than 8 times as much on food at home as the average person in Kenya, per capita calorie availability is less than 80 percent higher. All eight countries had per capita calorie availability over 2,000 per day, but averages can mask large differences in food spending, access, and consumption within a country. This chart is based on data from the ERS Food Expenditures data product, updated October 2012.