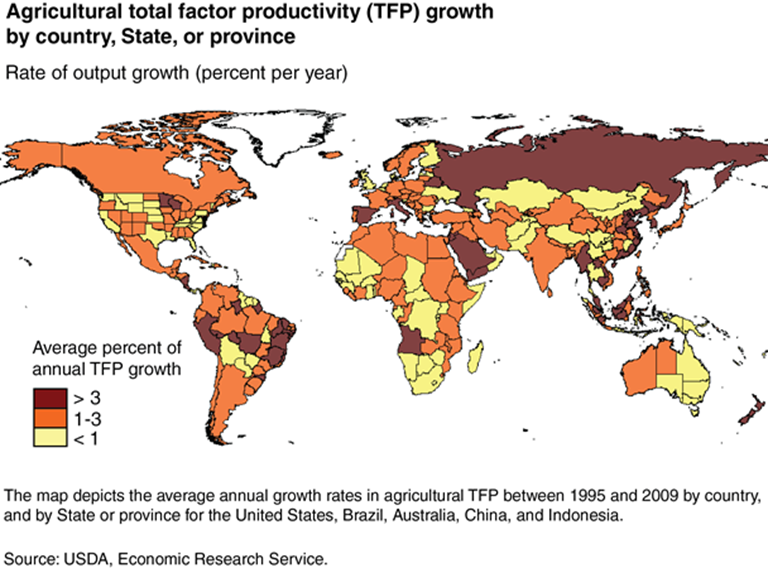 Estimates of agricultural total factor productivity (TFP) growth vary widely among and within countries. In China, TFP growth is strong in coastal areas but less so in the interior. Brazil has robust TFP growth in coastal areas and in some parts of the interior where soybeans and cotton are now produced. Productivity growth is concentrated in the western and northern regions of Indonesia where production of export commodities like palm oil and cocoa is expanding rapidly. In the United States, productivity growth is moderately strong in the Corn Belt and Lake States but low in the Plains States, Appalachia, and major horticultural States of California and Florida. While a few countries in Sub-Saharan Africa are experiencing growth, others are recovering from earlier decades when their agricultural sectors suffered from the effects of war. Raising agricultural productivity growth in Sub-Saharan Africa will likely require significantly higher public and private investments, especially in agricultural research and extension, as well as policy reforms to strengthen incentives for farmers. This chart appears in "New Evidence Points to Robust But Uneven Productivity Growth in Global Agriculture" in the September 2012 issue of ERS's Amber Waves magazine.