United States is leading source of agricultural imports for Indonesia 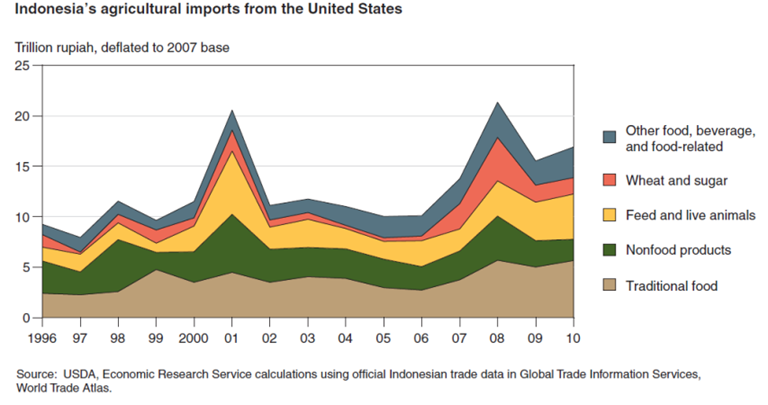 The United States was Indonesia's largest source of imported agricultural products in 2010, supplying about 20 percent of the total value of Indonesia's agricultural imports. Imports of traditional foods (chiefly soybeans) make the largest contribution, and the U.S. dominance of Indonesia's soybean imports should be considered a long-term strength. Even though soybean food consumption will not grow rapidly in the future, Indonesian soybean production has been declining, and imported soybeans will remain important in traditional foods such as tofu and tempe, and also in newer products like soymilk. The relatively low U.S. share of other food, beverage, and food-related products is to some extent caused by the great geographic distance (and subsequently higher transportation costs) between Indonesia and the United States, in contrast to nearby Australia and the Association of Southeast Asian Nations (ASEAN) countries. This chart comes from Indonesia's Modern Retail Sector: Interaction With Changing Food Consumption and Trade Patterns, EIB-97, June 2012.