The value of agricultural production in Brazil continues to grow 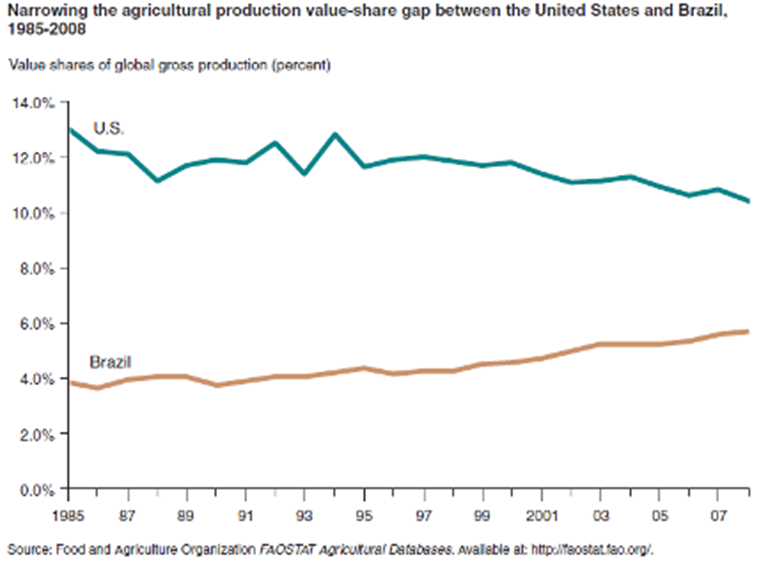