Food insecurity is concentrated in Sub-Saharan Africa in 2012 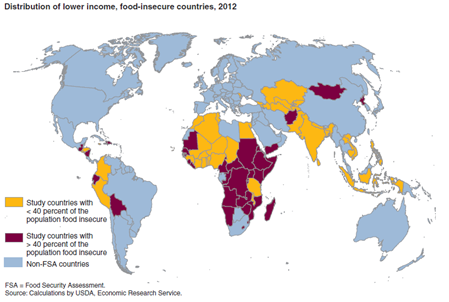