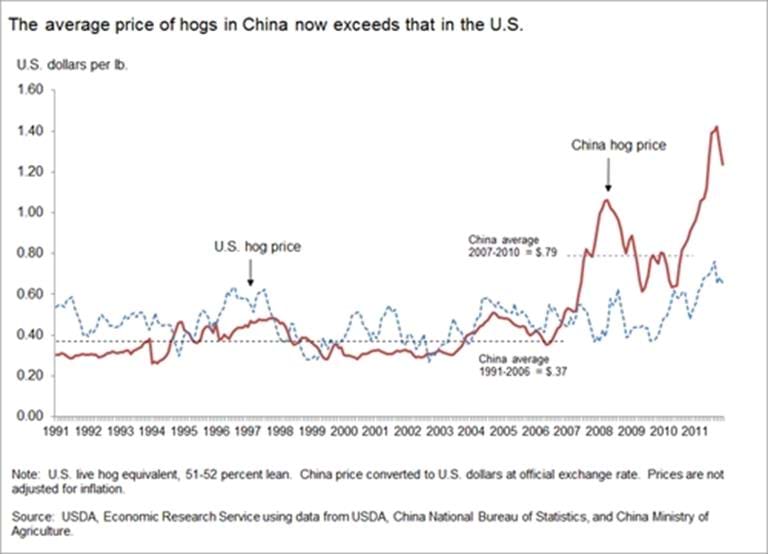 Rising prices in China's domestic market have been the main contributor to the country's rising pork imports. From 1991 to 2006, Chinese hog prices fluctuated within a relatively narrow range and were usually less than U.S. prices, but have been significantly higher than U.S. hog prices since their sharp increase during 2007-08. One of the main reasons for higher pork prices in China is the industry's rising production costs. ERS analysis of cost of production data from China's National Development and Reform Commission show that average hog production costs, converted to U.S. dollars, more than doubled from 2002 to 2009. Feed is the largest of the production expenses, accounting for about 60 percent of the total. The shift in prices is an indication of the general improvement of prospects for U.S. pork sales to China. This chart appeared in China's Volatile Pork Industry, LDP-M-211-01, February 2012.