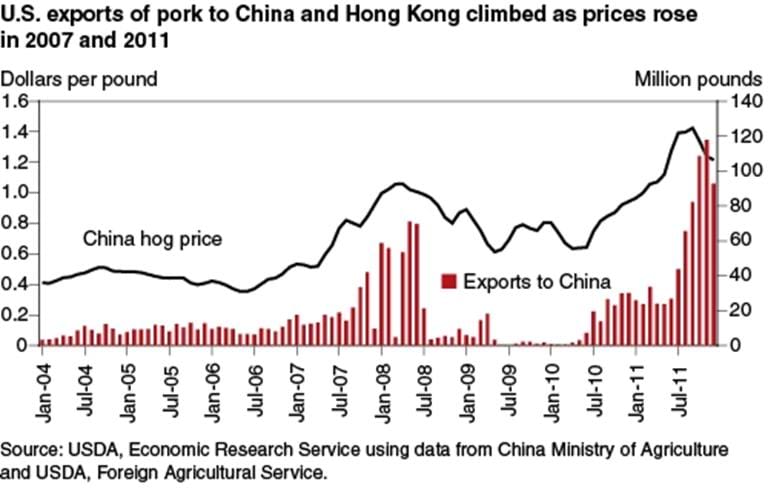 U.S. pork sales to China tend to rise and fall in rhythm with cyclical changes in China's hog sector. Chinese retail pork prices rose more than 50 percent in 2007 over prices in the previous year, leading to increased U.S. exports of pork to China through the first half of 2008. Depressed hog prices and swine disease in 2010 led to a decline in China's hog inventory that set the stage for another surge in hog prices in 2011. In turn, U.S. pork exports to China rebounded strongly during the second half of 2011 after a 2009 ban on U.S. pork imports was lifted. This chart is found in the March 2012 issues of Amber Waves magazine.