China's corn production and domestic use 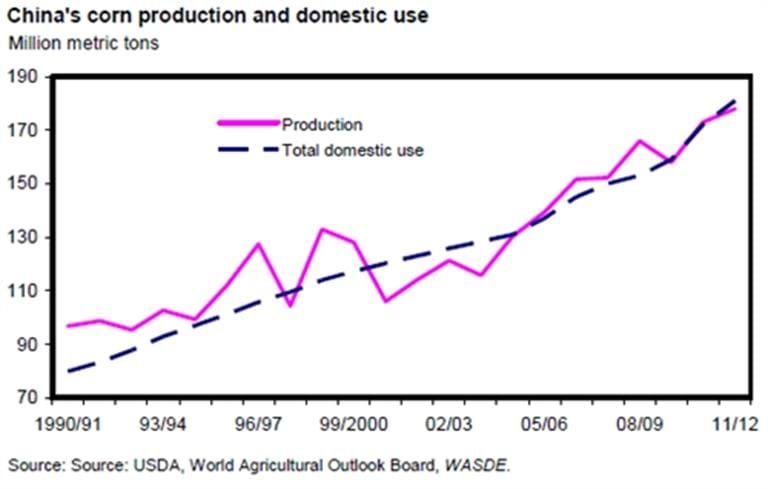 China's corn production for 2011/12, up 6.0 million tons to 178.0 million, is based on an increase in area reported by China's National Bureau of Statistics (NBS) for 2010/11. The 2010/11 production estimate increased 5.0 million tons to 173.0 million, adopting the NBS corn area, but remains below the NBS production estimate due to a careful analysis of yields based on weather, satellite imagery, and crop travel. This chart comes from Feed Outlook, FDS-11f, June 13, 2011.