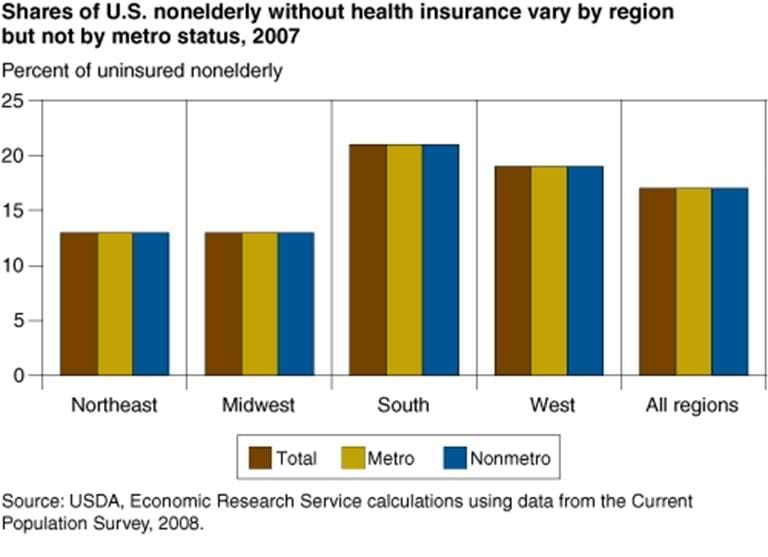 About 17 percent of all nonelderly individuals nationwide lack health insurance. Coverage rates are comparable for metro and nonmetro residents. (Because Medicare coverage starts at age 65, only a very small share of the elderly is uninsured.) Nonmetro coverage was lower as recently as the 1990s, and individuals in the more remote (noncore) counties still have lower coverage than urban residents. However, regional location appears to have more impact than rurality, with the Northeast and Midwest having consistently higher rates of health insurance coverage than the South and the West. This chart appeared in the September 2009 issue of Amber Waves.