Poverty does not drive outmigration in most nonmetro counties 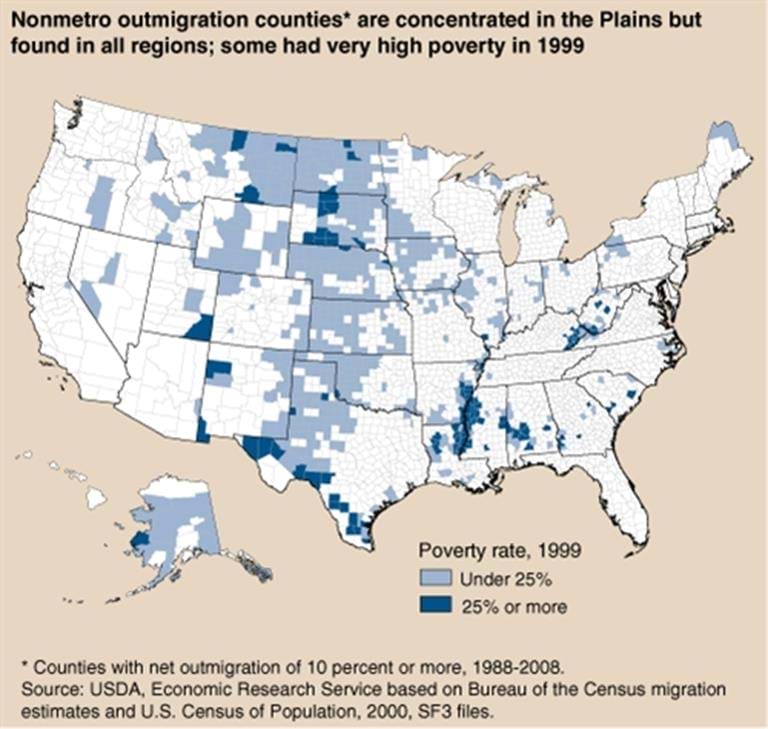