Number of infants and women participating in WIC falls 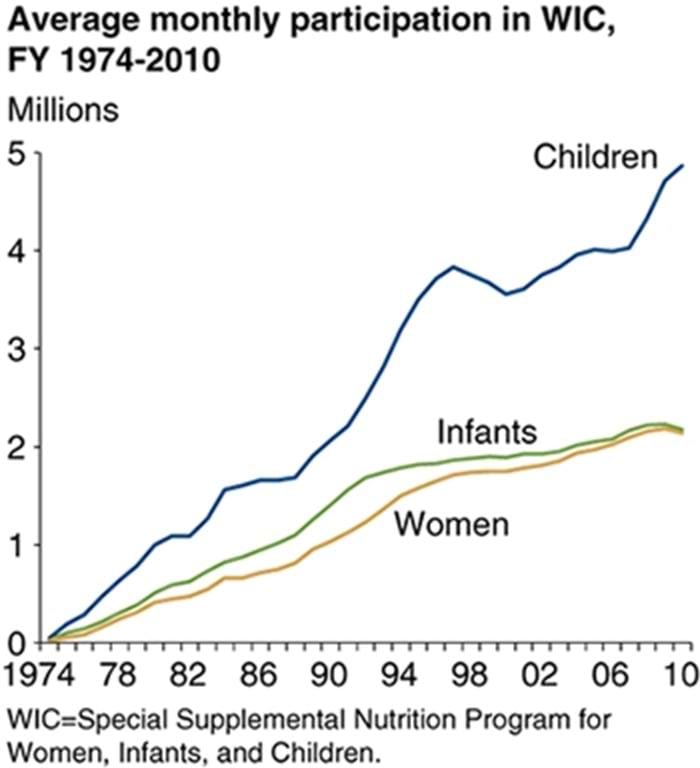 The Special Supplemental Nutrition Program for Women, Infants, and Children (WIC) helps safeguard the health of low-income pregnant, breastfeeding, and postpartum women as well as infants and children up to age 5 who are at nutritional risk, by providing a package of supplemental foods, nutrition education, and health care referrals. During fiscal 2010, spending for WIC totaled $6.8 billion or 4 percent more than in fiscal 2009. An average 9.2 million people per month participated in the program, or 1 percent more than in the previous fiscal year. The number of children participating increased 3 percent, while the number of women and infants each decreased 2 percent from the previous year, reflecting the decrease in U.S. births in 2009. Monthly per person food costs averaged $41.55 after rebates or 2 percent less than the previous fiscal year. This chart was originally published in The Food Assistance Landscape, FY 2010, EIB-6-8, March 2011.