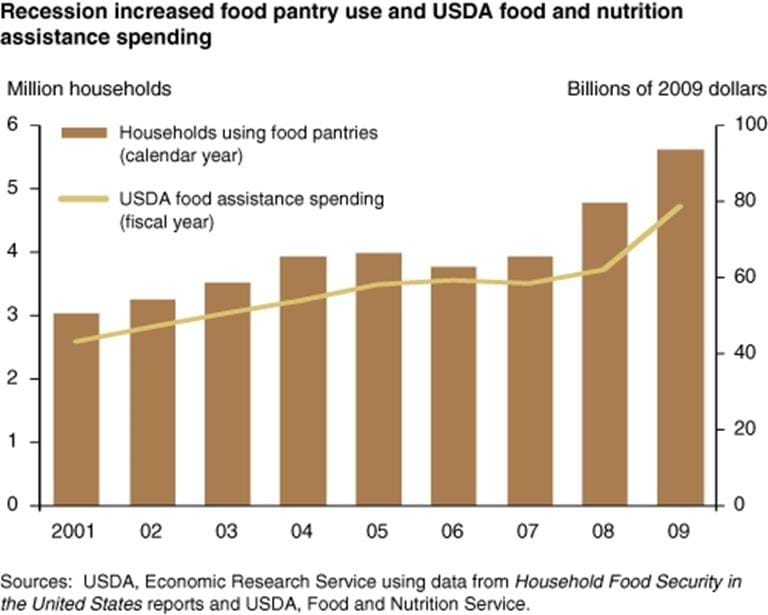 Since 2001, the number of households obtaining emergency food from a food pantry over the previous 12 months has increased in most years. The largest increase occurred between 2007 and 2009, when households using food pantries rose by 44 percent from 3.9 to 5.6 million households. Households also accessed additional assistance through USDA's 15 food and nutrition assistance programs. Government spending, in inflation-adjusted dollars, for these programs increased 27 percent in 2009 due to a significant hike in Supplemental Nutrition Assistance Program (SNAP) benefits enacted as part of the 2009 stimulus package and record growth in the SNAP caseload. In fiscal year (FY) 2009, 15.2 million households participated in SNAP in an average month-up from 12.7 million in FY 2008. This graph originally appeared in the December 2010 issue of Amber Waves magazine.