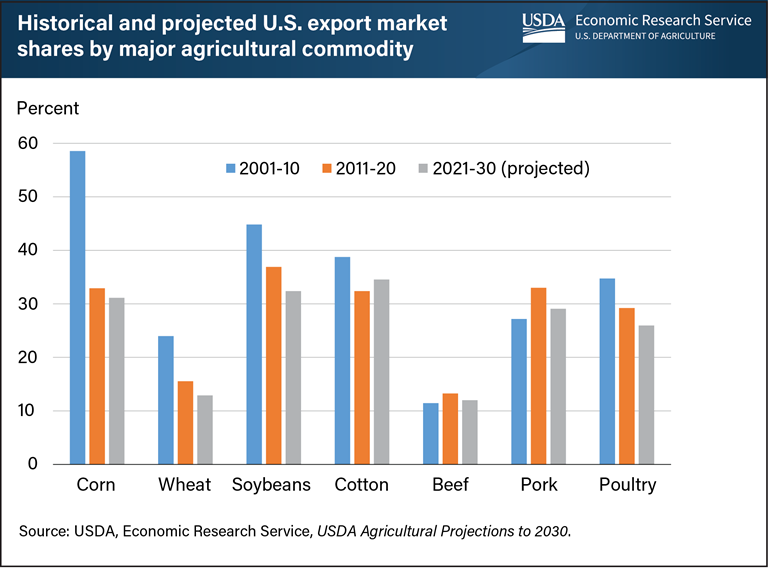 U.S. agricultural exports generate economic benefits beyond the agricultural sector as well as provide support for farm prices and farm income. While the volume of agricultural exports is projected to expand during 2021-30, U.S. exports of major crop and livestock commodities are also expected to face stiff competition from other exporters, particularly Brazil and the European Union (EU). U.S. exports of corn and cotton are expected to remain the largest in the world, but average U.S. world export market shares for nearly all commodities are expected to slip during the next decade compared with the previous decade. Brazil is expected to feature strongly in the competitive outlook. The country is expected to expand its planted area, which would support increased export market shares for a variety of commodities, including corn, soybeans, and cotton, as well poultry, beef, and pork. The EU is expected to further expand its role as the world’s largest pork exporter and, along with Ukraine, boost market share in wheat by exploiting its proximity to major wheat markets. In the United States, only cotton is expected to strengthen in market share, despite competition from Brazil, India, and the Economic Community of West African States. This chart is drawn from data in the USDA report, USDA Agricultural Projections to 2030, released in February 2021.