The 2020 prevalence of food insecurity in U.S. households was 10.5 percent, unchanged from 2019, although some population subgroups experienced higher levels

ERS updated the Food Access Research Atlas to include 2019 data

In 2015–19, 11.1 percent of working-age veterans lived in food-insecure households, and 5.3 percent lived in households with very low food security

Monthly sales for retail and food services show that food and beverage store sales for the first 8 months of 2020 were up 12.2 percent compared with 2019 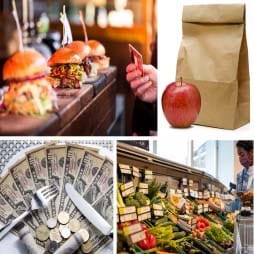 Among households that are eligible for SNAP but do not participate in the program, grocery taxes are associated with reduced spending on foods purchased for at-home consumption

Sales taxes on foods sold at grocery stores and/or restaurants exist in almost every county in the United States. By combining county-level sales tax data with the USDA  2012–13 National Household Food Acquisition and Purchase Survey , ERS researchers examined the association between both types of taxes and a household’s spending on grocery and restaurant foods for three groups: USDA, Supplemental Nutrition Assistance Program (SNAP) participants, households that are eligible for SNAP but do not participate, and households that are not eligible for SNAP. The report found that among households eligible for SNAP but do not participate in the program, grocery taxes are associated with reduced spending on foods purchased for at-home consumption. No such association is found among the two other groups of households considered in this study, suggesting they are less sensitive to grocery taxes. SNAP households spend more on foods purchased for at-home consumption in communities with higher restaurant taxes.

Super stores account for more than one-half of SNAP redemptions 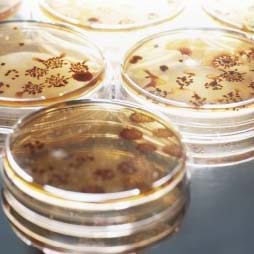 ERS researchers present a new approach to estimating the relationship between consumption of specific foods and foodborne illness in the United States. The report applies this approach to the case of foodborne sporadic campylobacteriosis illness. Most foodborne illness is sporadic and not part of a widespread outbreak. Foodborne Campylobacter infections are widely thought to be linked to chicken and are highly seasonal, primarily driven by temperature. The association between seasonality and the rate of Campylobacter infections is stronger than the association with temperature.