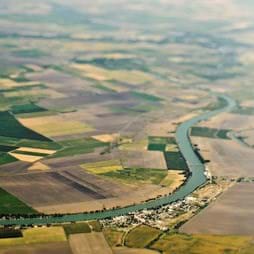 USDA working lands programs have resulted in hundreds of thousands of conservation contracts; these contracts represent voluntary agreements between USDA and farmers to implement conservation practices in exchange for technical and financial assistance.  Most conservation contract practices are implemented as planned.  An ERS report examines the contracts of the 10 to 20 percent of the practices that are dropped to better understand program implementation.  Results show that these dropped practices are more likely to yield low on-farm benefits, information which can help program managers evaluate and adjust program incentives. 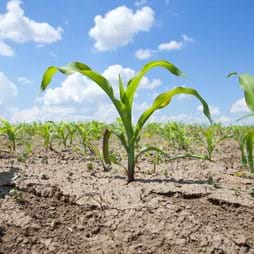 Adoption of drought-tolerant corn is expanding at a rate similar to early adoption of insect-resistant and herbicide-resistant corn.

Federal natural disaster and crop insurance payments to U.S. farmers are often the result of drought that results in crop yield losses and crop failures.  In 2012 genetically engineered drought resilient (DT) corn was introduced, becoming widely available in 2013.  An ERS report examines the development, adoption, and management of DT corn in the U.S. in 2016.  Results show that over one-fifth of U.S. corn acreage was planted to DT corn in 2016 and DT corn made up roughly 40 percent of corn acreage in some drought-prone States.  In addition, results show the use of DT corn is often accompanied by other conservation practices; 62 percent of DT corn fields used tillage methods that minimally disturb soils. 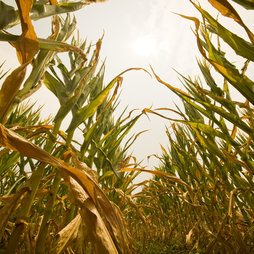 Climate change projected to increase cost of the federal crop insurance program due to greater insured value and yield variability.

The Federal Government implements a number of programs that mitigate risk in agriculture, including the Federal Crop Insurance Program (FCIP), Agriculture Risk Coverage (ARC), Price Loss Coverage (PLC), and several others. Together, the costs of these programs have averaged about $12 billion annually over the past decade. Year-to-year fluctuations in these costs are heavily influenced by weather variability, which affects yields and prices. The Federal Government’s cost exposure is expected to increase as weather averages and extremes change over the coming decades. ERS researchers used statistical, geophysical, and economic models to explore how climate change could affect future costs of the FCIP.