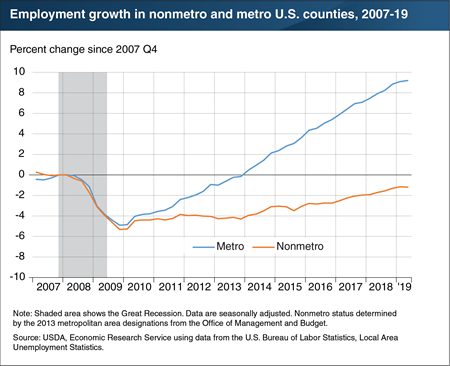 Historically, grocery store food prices have generally risen each year. However, in 2016, retail food prices actually fell 1.3 percent and fell again in 2017 (0.2 percent). These back-to-back years of food price deflation helped lower the 20-year moving average for grocery store price inflation from 3.6 percent in 1999 to 2.0 percent in 2018. Beginning in 2015, increased U.S. production of agricultural commodities, such as beef cattle and eggs, and lower energy prices contributed to the 2016 and 2017 decreases in retail food prices. In addition, a strong U.S. dollar since 2014 made imported foods (i.e., many fruits and vegetables, fish, and sugar) less expensive. Another contributing factor to low retail food price inflation in recent years may be stepped up competition on the basis of price for U.S. consumers’ food dollars. This chart appears in the article, “Retail Food Price Inflation Has Slowed Over Time,” from the July 2019 edition of ERS’s Amber Waves magazine. 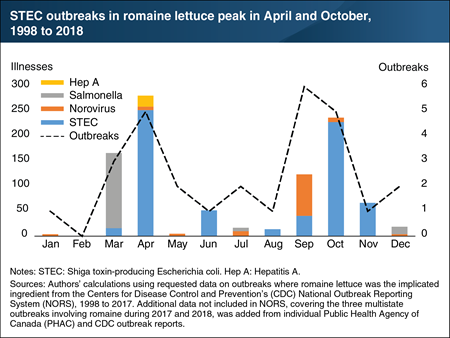 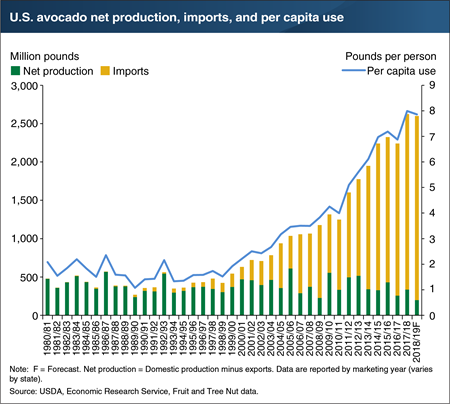 Imports play a significant role in meeting the U.S. demand for avocados. Since the mid-1990s, imports of avocados have grown sharply as per capita consumption has grown, representing 87 percent of domestic use in the 2017/18 marketing year. USDA forecasts that imports will make up an even larger share of supply in 2018/19, mainly because California’s crop is expected to be smaller than in recent years. Contributing factors to this reduced crop include record-breaking heatwaves in July 2018 followed by record-breaking wildfires, as well as recent rains and cold weather, and the general alternate-year-bearing nature of avocado trees (whereby a large crop one year is followed by a smaller crop the next year). Because over 80 percent of all U.S.-produced avocados each year are from California, California’s low harvest in 2018/19 should boost U.S. demand for imported avocados (especially from Mexico) even higher than it has been in recent years. If USDA’s forecast is realized, imports in 2018/19 will represent 93 percent of the domestic avocado supply. This chart appears in the ERS Fruit and Tree Nuts Outlook newsletter, released in March 2019. 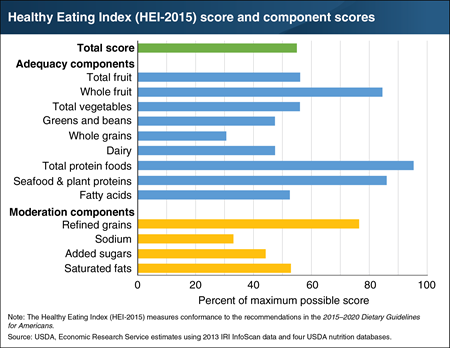 Newly established links between retail food sales data and USDA nutrition databases now allow researchers to study the healthfulness of Americans’ purchases at retail stores. ERS researchers scored the healthfulness of retail food sales using the Healthy Eating Index (HEI-2015), a measure that summarizes how well a set of foods conforms to the recommendations in the 2015–2020 Dietary Guidelines for Americans, developed jointly by the Department of Health and Human Services and the Department of Agriculture. In the Healthy Eating Index, the maximum possible score is 100, indicating conformance to Federal recommendations for 13 dietary components encompassing food groups (fruit, dairy, whole grains) and dietary elements (added sugars, fatty acids, sodium). For the nine adequacy components that make up a healthy diet, a high score indicates Americans are purchasing a sufficient amount of foods in these groups. A high score among the four components that nutritionists advise to consume in moderation indicates Americans are keeping purchases of foods containing these components in check. In total, retail food sales in 2013 scored 55, suggesting purchases are not well aligned with Federal dietary recommendations. Scores for whole grains, greens and beans, dairy, sodium, and added sugars were each below 50 percent of their maximum possible scores. This chart appears in the article “New Data Linkages Provide Healthfulness Measures for American Grocery Store Sales” from the June 2019 edition of ERS’s Amber Waves magazine. 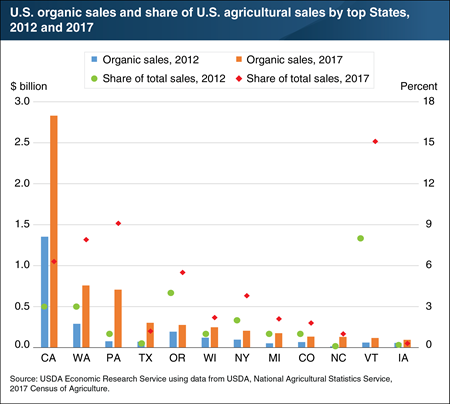 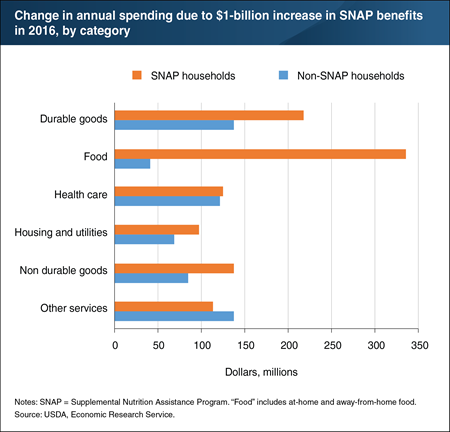 When participants in USDA’s Supplemental Nutrition Assistance Program (SNAP) spend their benefits, the spending “multiplies” throughout the economy because businesses (and their employees) supplying food and other goods purchased by SNAP households have additional funds to make purchases of their own. ERS researchers recently estimated how a $1-billion increase in SNAP benefits would affect spending by SNAP and non-SNAP households. Most SNAP participants spend their own cash in addition to SNAP benefits to purchase adequate food. Thus, SNAP households would spend the full amount of the increased benefits at authorized food stores, but they also would redirect some of the cash that they had been spending on food at home to other goods or services. The additional SNAP benefits would have the largest effect on SNAP households’ spending on food and durable goods. The two top categories toward which non-SNAP households would direct their multiplier-induced additional income were savings and durable goods. Because of their low incomes, most SNAP households are likely to spend the entire income increase rather than save a portion of it. The data in the chart are from the ERS report, The Supplemental Nutrition Assistance Program (SNAP) and the Economy: New Estimates of the SNAP Multiplier, and the Amber Waves article, “Quantifying the Impact of SNAP Benefits on the U.S. Economy and Jobs,” released July 18, 2019. 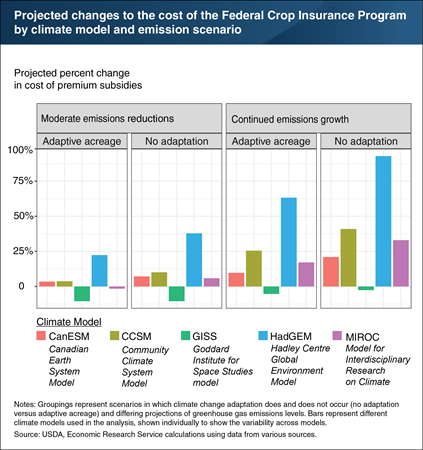