Note: This database is no longer being updated.

The People's Republic of China has 31 provinces, municipalities, and autonomous regions.

Four major cities and their surrounding areas: Beijing, Tianjin, Shanghai and Chongqing are administratively directly under the central government.

Hong Kong and Macao are special administrative regions that are not included in statistics of the People's Republic of China. 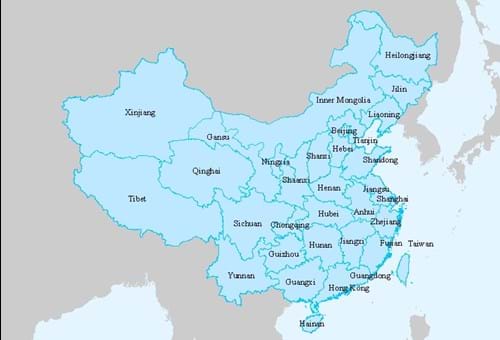