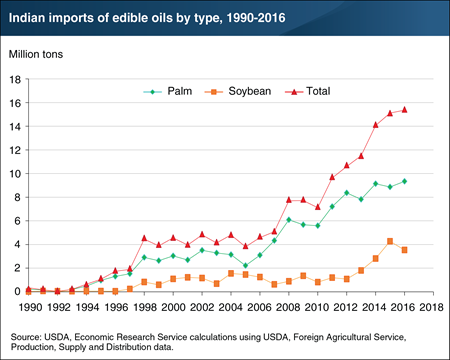 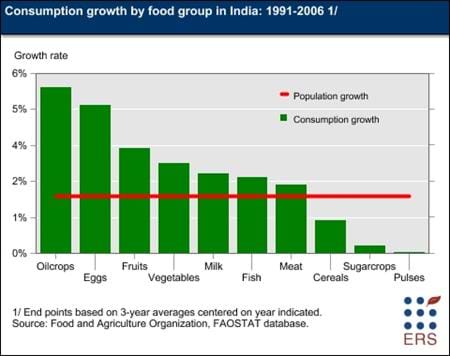 With rising incomes diversifying food demand, nonstaple foods-including fruits, vegetables, dairy products, eggs, and meats-are now experiencing the fastest growth in production and consumption. India's agricultural policies and development programs focus on staple food production, so the growth and diversification of food consumption is placing new demands on underdeveloped agricultural markets and institutions. This chart may be found in the India topic on the ERS website, updated August 2011. 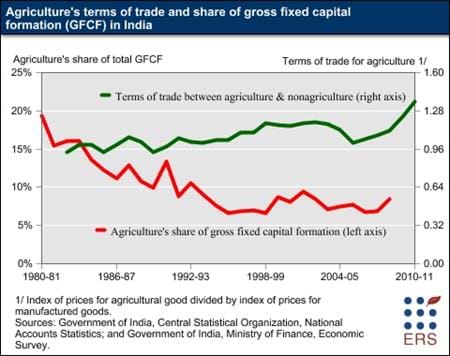 Despite accelerating growth in the overall economy, rising consumer demand, and supportive price and subsidy policies, growth and investment in Indian agriculture and agribusiness have remained weak since the early 1990s. There is evidence that numerous domestic policy interventions, along with weak infrastructure and limited institutional support for agricultural markets, have been a deterrent to new investment by agribusinesses and farmers. This chart may be found in the India topic on the ERS website, updated August 2011. 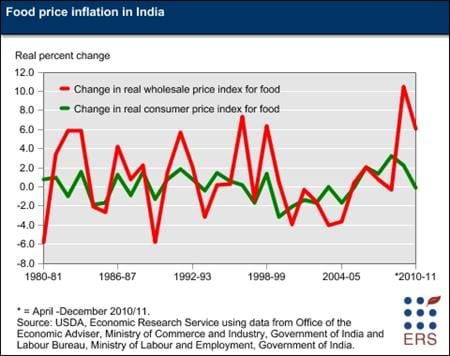