U.S. households in the lowest income quintile spent an average of 36 percent of income on food in 2019 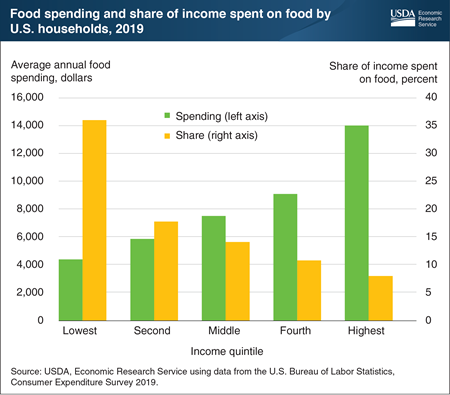